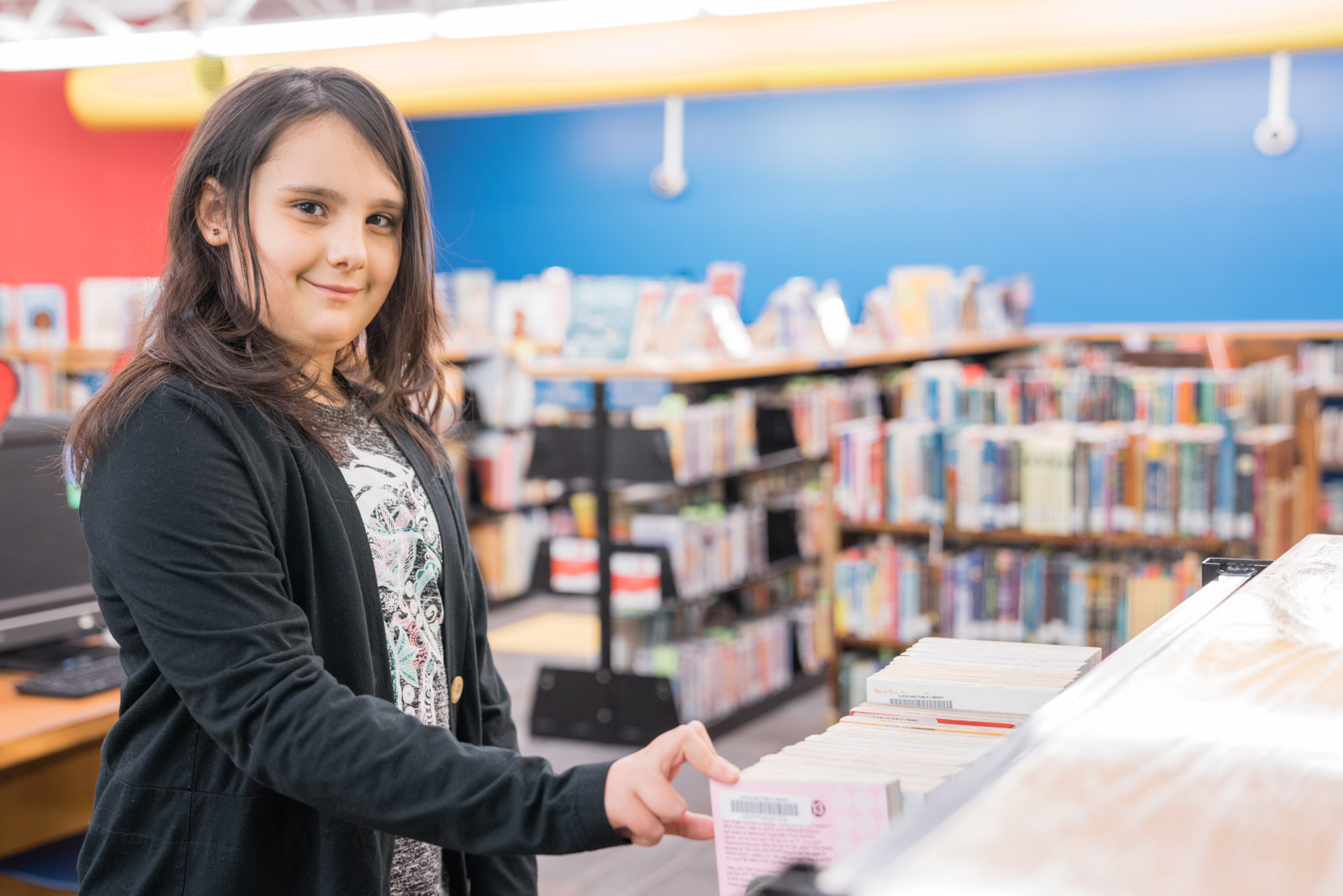 To spend even a few minutes speaking with ten-year-old Jaylyn is to bask in her obvious intelligence. This ten-year-old is passionate about animals, books, games, and gardening—and also politics, public safety, and building community. Fortunately, she’s found the perfect place to explore all her varied interests: Cleveland Public Library’s South Brooklyn Branch.

“This library makes me feel safe,” Jaylyn says. “I feel comfortable here, and I meet new friends. It’s a place for kids to hang out and live it up.”

Jaylyn, who is in fifth grade, takes advantages of South Brooklyn’s many offerings for young patrons. From the books—she especially loves the Goosebumps, Geronimo Stilton, and Harry Potter series, as well as educational books about animals—to movies, video games, pizza parties, and more, Jaylyn is a frequent and enthusiastic participant in the branch’s offerings.

“I call her a walking ice breaker,” says Ray Cruz, Library Assistant-Youth Emphasis at South Brooklyn. “The cool thing about Jaylyn is that she’s always willing to try new things, and she’s very engaging. She draws kids in who might be less comfortable. That’s one of the wonderful things about having her at the branch.”

According to Ray, Jaylyn has been visiting South Brooklyn regularly with her grandmother, Sue, for about the last five years. Sue appreciates the Library’s role in nurturing and challenging Jaylyn’s promising intellect.

“We come here a lot and search for books,” Sue says of Jaylyn. “She can’t get enough of them. She can read a book in one day—she’s a quick learner.” 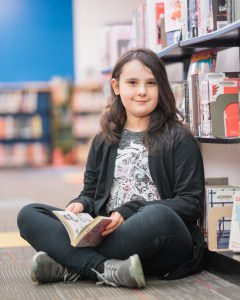 In school, Jaylyn’s favorite class is Language Arts. She also enjoys art and gardening classes, playing video games, and joining the programs Ray leads for youth at the branch. While she praises the entire staff at South Brooklyn, Jaylyn points to Ray as the staff member who has helped her most, from getting her signed up for a library card to leading game nights and more. Participating in these activities, it turns out, can add up to a lot more than mere fun and games.

“Playing chess or board games is a way to get kids to sit around and talk,” Ray points out. “Our neighborhood doesn’t have a lot out there for kids and teens, so just having these outlets are constructive for kids’ social engagement.”

Ray has some new projects on the docket for the young patrons of South Brooklyn, such as a giant rock-paper-scissors game complete with an obstacle course mapped out on the floor. In January, he hopes to transform the meeting room into a life-sized game of Candy Land. He also holds pizza socials, video game days, and trivia activities for kids.

“We’ve developed close relationships with the kids and families who come in,” Ray says. “When you have that core group, it makes it easier for other kids to join in. And very often, Jaylyn is part of that.”

In fact, when asked what she loves most about South Brooklyn, Jaylyn doesn’t hesitate. “Just the people,” she says. “They’d have my back. The staff would do everything in their power to help people. It’s a dog-help-cat world.”

Of course, a kid as sharp as Jaylyn can’t help but have some constructive feedback for how to make the world—or South Brooklyn Branch—a better place. When asked, Jaylyn crafted an off-the-cuff wish list for the neighborhood library: new art supplies and games, more books, cooking classes, and perhaps more posters on the wall—to “spruce the place up a bit,” as she says.

It may be too early to know what career path young Jaylyn will choose, though it very well may involve animals. As she tells it, she once had her heart set on being a horse trainer, then she wanted to raise alpacas, and now she’s considering becoming a marine biologist. No matter what she decides, it’s clear that she’ll have a very bright future—and that the Library can help provide the resources, guidance, and community to help get her there.