Author Visit: Angie Thomas Presents The Hate U Give 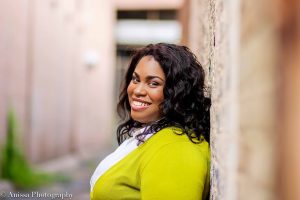 Angie Thomas, acclaimed author of The Hate U Give (HarperCollins, 2017), will discuss her bestselling YA novel at Cleveland Public Library on Saturday, February 17, 2018, at 2:00 p.m. Lauded as an ambitious, timely novel that addresses racism, police violence, and the Black Lives Matter movement, The Hate U Give has become a bestselling sensation and is being adapted into a major feature film.

The novel surrounds Starr Carter, a teenager whose unarmed friend Khalil is fatally shot by a police officer. As a witness to this tragedy, Starr finds herself at the center of a national controversy focusing on Khalil’s life and death. In a starred review, Publishers Weekly called The Hate U Give “heartbreakingly topical,” while Kirkus Reviews praised Thomas’s skill in “laying bare the systemic racism that undergirds [Starr’s] world.” Reviewers far and wide have declared The Hate U Give required reading.

“Angie Thomas’s novel speaks to some of the most complex and trying social issues our nation faces today,” said Felton Thomas Jr., Executive Director of Cleveland Public Library. “We hope Clevelanders take the opportunity to hear Thomas discuss her writing, how current events shaped her vision, and how fiction can empower young people.”

In this special event, Thomas will discuss her novel, transforming the political into the personal, the film adaptation process, and more. An audience Q&A will follow the presentation.