The Ohio Center for the Book at Cleveland Public Library selected Moonpenny Island by Cleveland author Tricia Springstubb (HarperCollins, 2015) to represent Ohio’s literary heritage at the 2017 Library of Congress National Book Festival, which will be held September 2 in Washington, DC. Springstubb’s middle-grade novel surrounds a young protagonist who lives on Moonpenny Island, a setting inspired by a real-life island in Lake Erie.

Each of the 50 states, the District of Columbia and the U.S. Virgin Islands will feature a book distributed by the Library of Congress’s Center for the Book during the 17th annual National Book Festival. Springstubb’s Moonpenny Island touches on themes including friendship, family and loss, all set on a remote island in Lake Erie. Eleven-year-old Flor faces family conflicts, her best friend’s departure for the mainland and some new arrivals who upend her familiar world. The novel is appropriate for readers ages eight to 12 and has received starred reviews from both Kirkus Reviews and Publishers Weekly.

While Moonpenny Island is a fictional location, the setting was inspired by Kelleys Island, an actual island located north of Sandusky, Ohio. Kelleys Island is one of over 30 islands in Lake Erie and one of more than a dozen inhabited by people. In a review of the novel, The Plain Dealer called Moonpenny Island “a dead ringer for Ohio’s Kelleys Island, with its dormant quarries, rowdy summer tourists, tiny school and streets more crowded with bikes and golf carts than automobiles.” 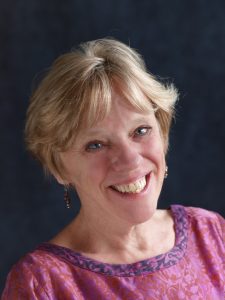 Tricia Springstubb is the acclaimed author of books for children of all ages. Her work has made numerous Best of the Year lists, been chosen as Junior Library Guild selections and awarded the Ohioana Award for Children’s Literature, the Ohio Arts Council Grant for Individual Excellence and a fellowship from the Vermont Studio Center. Her most recent books include the middle grade novel Every Single Second, which Publishers Weekly called “an unsettling, compelling and heart-warming tale,” and Cody and the Mysteries of the Universe and Cody and the Rules of Life, the second and third books in a series about a young girl and her diverse neighborhood. Springstubb is a frequent speaker at libraries, schools and conferences. She is the mother of three grown daughters and lives with her husband in Cleveland Heights.

The 2017 Library of Congress National Book Festival will be held at the Walter E. Washington Convention Center in Washington, D.C. on September 2. The event will feature presentations by award-winning authors, poets and illustrators; the Library of Congress Pavilion, which offers a behind-the-scenes look at the world’s largest library; an exposition floor with family-friendly activities; book signings; the chance to take photos with mascots and characters; and state exhibit booths that promote reading and library programs.

The Ohio Center for the Book at Cleveland Public Library is dedicated to promoting and celebrating books, reading, literacy and libraries to Ohio’s citizens and the book community at large. The Ohio Center for the Book also maintains a growing collection of fiction and non-fiction books written by Ohio authors. This circulating collection is housed in the Literature Department at Cleveland Public Library.