The Future Is an Open Book at Lorain Branch

A century ago, Cleveland Public Library’s Lorain Branch, a 1912 Carnegie building located in the Detroit-Shoreway neighborhood, was surrounded by natural wonders. According to a document in the Library’s Archives, the exterior of this neighborhood library once featured flowering cherry trees, ivy, lilacs, and a mulberry tree laden with berries. “Birds flocked to the berries and sang as they built their nests among the lilacs and into the ivy that covered the walls,” the document reads.

It’s an idyllic image, but in the last half-century, the branch’s natural splendor has suffered. When construction began on Interstate 90 on the west side in 1960s, it disrupted and divided the neighborhood, cutting off access to Lorain Branch from the south. Over time, the historic building aged and the exterior space declined. Now, through the system-wide Facilities Master Plan, Cleveland Public Library is breathing new life into Lorain Branch with renovation plans that will transform the library both inside and out.

Today, Lorain Branch stays true to its roots by offering a large community garden on site. Patrons are invited to help with planting, harvesting, and garden maintenance, and staff have offered library programming surrounding seed starting and transplanting. This garden will get an upgrade during the branch’s renovation process, with design plans led by DERU Landscape Architecture. The existing community garden will be moved to a sunnier location and expanded. Apple trees, flowers, and other plants will spruce up the outdoor space, and more ambitious plans include the tentative addition of a greenhouse.

The renovation plans also address the challenges raised after I-90 was constructed. Because the highway interrupted southern access to the branch, the new primary entrance will be to the north. (The original entrance on Lorain Avenue will be preserved, and the architects will retain and honor the library’s original axial layout.) Finally, to improve visibility on the south side of the building, several trees will be removed from the front of the building while the landscape design will include flowering shrubs, as were historically in place. This will improve sight lines along Lorain Avenue and improve the view of the branch from I-90.

Kevin Kennedy, Principal and Project Manager at HBM Architects, the architectural firm spearheading the branch renovations, points to the historic narrative from the Cleveland Public Library Archives as inspiration to restore the branch’s outdoor appeal.

“We’ll have some trees that are in memory of the [cherry] orchard that was once there, a community garden to continue to share with the community, and a storytime tree, where kids and others can sit, talk, and be in nature,” Kennedy says. “That document reminds us that, while the branch may not have that beautiful garden setting now, what once was can be again.”

According to Branch Manager Crystal Tancak, Lorain Branch is an oasis in an area that lacks many other resources. With no schools, community centers, or major stores in the direct vicinity, residents rely on the library branch for their computer, printing, copying, scanning, and faxing needs. The upcoming renovations will create a modern, flexible, accessible library to better serve patrons while maintaining the branch’s historic structure.

“Most of us really cherish our Carnegie building, so we’re happy the library itself will stay intact,” Tancak says. “We’re glad they’re not taking away from the original building.”

“Carnegies are wonderful buildings,” adds Peter Bolek, President and Director of Design of HBM Architects. “They have rich character and appeal, a very strong and defined entrance, and a stately and welcoming presence. We want to enhance the experience of the building while also creating a new identity for the branch.”

The remodeled branch will boast an addition with the space for a new, light-filled community room. Renovation plans also include service desk in the center of the branch, a laptop bar, a new and improved staff area, study rooms, a dedicated teen space, an expanded children’s area, café space, and additional computers—modern amenities designed to complement a historic framework.

The original entryway and Carnegie façade will be preserved while the addition will feature a separate, neutral façade distinct from the historic part of the building. The new back entrance on the north side will more clearly welcome patrons from the parking lot and will feature a graceful, tiered terrace that will double as a space for gatherings.

“We’ll create an area outside the library where the community can access WiFi even when the library is not open,” Bolek says. “This space will be opened up to the community and can be used for outdoor programming.”

Brooke Breiner, Interior Designer at HBM, adds that the historic narrative from the Archives will also inspire the interior appearance. “We’ll use natural blues, greens, and some berry colors to tie back to the mulberry trees that were mentioned in the document,” she says. “To emphasize the history and importance of nature and outdoor space for this community, the branch will include natural materials and some warm wood tones to reflect the cherry trees that were once on the property.”

Cleveland Public Library takes great pains to ensure the community has a voice in the design of the reimagined Lorain Branch. In addition to the community meetings hosted by HBM, Library staff are always on the lookout for new ideas and ways of working—including finding inspiration in the work of artist, designer, and educator Chat Travieso.

In 2017, Travieso founded Yes Loitering, an initiative to create youth-empowered, youth-centered spaces in New York City. The initiative was launched in recognition that many teens—especially youth of color—feel unwelcome in public spaces.

“We want to reframe loitering from something that’s bad to good. We want people to hang out and activate a space,” he says. “If we put ourselves in the shoes of having to be a teenager, when you feel you’re constantly being watched and want to rebel, then surveilling might actually exasperate a situation. Yes Loitering asks: how can we approach it in a much more empathetic way? How would we want to be treated when we were teenagers?”

Library staff and leadership hope that the tenets of Yes Loitering will broadly inspire all the work being done on branch redesigns system-wide. And with Lorain’s forthcoming outdoor upgrades, the branch may be an ideal candidate to encourage community interaction in the same spirit.

As Tancak expressed, Lorain Branch is a lifeline for many residents in the area. For Belinda Rivera, the branch is a place to access entertainment, interact with the staff members, and find a sense of belonging.

“They just become like family to you,” Rivera says of the staff. “You get to know people, and after time, you start to build up a relationship. They become like your library family.”

Sadly, Rivera is preparing to move out of the Detroit-Shoreway neighborhood, which means leaving her beloved library branch. But she’ll be back to visit. “It has meant a lot to me, and I hate to leave,” she says. “Lorain has been like a second home. I’ll come back and will definitely say hi to everyone.”

As Belinda says her reluctant goodbyes to Lorain, another nearby resident, Larry Randlett, has only more recently begun to enjoy the branch. As semi-retired lawyer, Randlett needed some space for his work and personal correspondence after moving to Cleveland last year—and he found the perfect spot in Lorain.

“I have everything I need right here,” he says. “The ability to scan and email things, the space to do some writing of my own, a decent dictionary, helpful staff, and computers.” (He brings along his own trusty Roget’s International Thesaurus.) Lorain also conjures memories of the Carnegie library Randlett visited as a child while growing up in Riverside, California.

“My parents grew up during the Depression. They were very, very proud that in spite of the Depression, they both earned high school diplomas,” he says. “Education was important to them, and I spent a lot of time in the library and learned to love books.”

Now, that love of libraries extends to the warm feelings Randlett experiences at Lorain.

“The ambiance is very friendly and welcoming, and that’s important when you want to sit and think,” he says of the branch. “It’s my escape.”

Ward 15 Councilmember Jenny Spencer is passionate about Lorain’s Detroit-Shoreway neighborhood, which she describes as one of the most diverse and resilient parts of the city. She calls Lorain Branch “a critical safe space and a beacon” that has sustained its valued role in the community over a long period of time. The upcoming renovations, she says, will only deepen that.

Cleveland Public Library will temporarily close Lorain Branch when construction begins, likely in the winter of 2022.

“The reward of having this renovation take place will be well worth the wait, but that the temporary closure of the library during construction will be deeply felt,” Councilmember Spencer acknowledges. “For historical and infrastructure reasons, there are not enough assets for that part of the neighborhood, for families and children specifically. But I’m excited to have this level of investment in the branch—it’s really a point of pride.”

Through all the planning, outreach, and construction that are in Lorain’s future, the document from the Library’s Archives stands as a reminder that the branch’s past glory can be reborn. In fact, the future plans for Lorain Branch are echoed in the document’s final line:

“We still have our garden, and our readers to serve, and the future is an open book.” 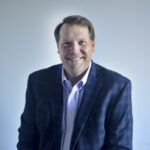 As President and Director of Design of HBM Architects, Peter Bolek is the heart of the firm’s collaborative working model and takes an active role in both strategic and detailed design solutions for the firm’s clients. 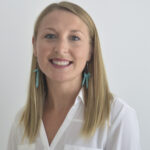 Brooke works closely with our clients to develop innovative and lasting interior designs that complement the overall building design idea and reflect the vision and goals of the owner. 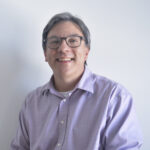 Kevin brings more than 30 years of experience in all aspects of architectural practice from Pre-Design services through Construction Administration.

Interstate 90 significantly disrupted the Detroit-Shoreway community when it was constructed in the 1960s and 1970s. The uncertainty surrounding the plans for the highway, as well as the destruction of homes and the division of the neighborhood, created an enduring atmosphere of stress and discontent among library staff, patrons, and residents. It also forever changed the character of the library’s physical location.

“The Lorain Branch was not intentionally built by the highway,” says Cleveland City Councilmember Jenny Spencer. “I-90 blew through what historically would have been dense neighborhood fabric, and all of a sudden, the library found itself next to the highway. Highways are tremendously detrimental to neighborhoods, but through it all, Lorain has been there.”

As the excerpts from historic Annual Reports of Lorain Branch (written by Branch Librarian Mary I. Masny and provided courtesy of the Cleveland Public Library Archives) show below, the highway construction often proved catastrophic for residents, staff, and patrons alike. Now, decades later, new design and renovation plans will allow this historic Carnegie branch to flourish once more.