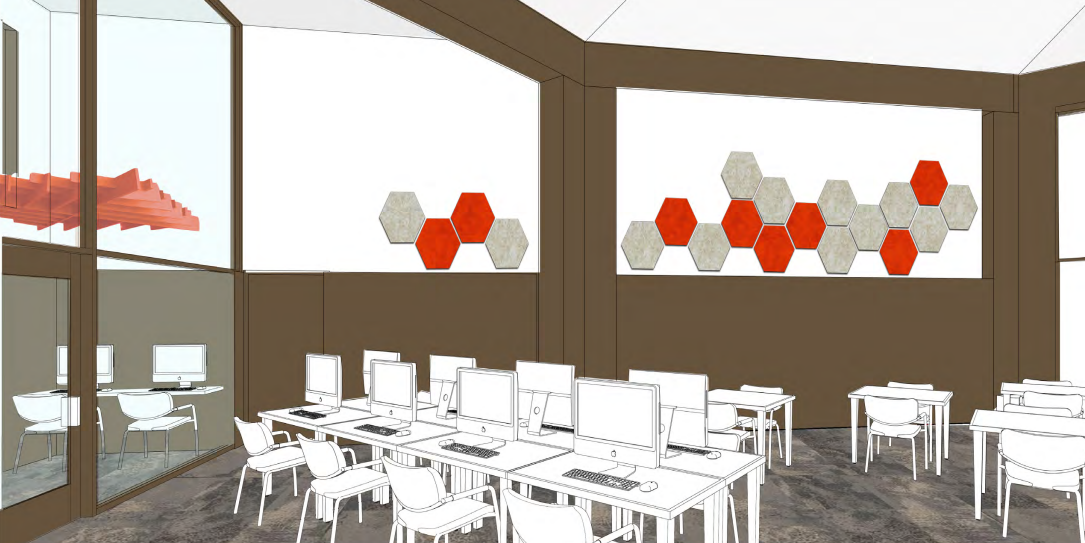 Cleveland Public Library’s South Branch, a historic Carnegie building on Scranton Road, is undergoing an extensive restoration and expansion process. The project is currently on schedule and on budget, with a tentative completion date anticipated in late November 2018.

South Branch opened on June 12, 1911, as the eighth branch within the Cleveland Public Library system built with Carnegie funds. The building’s striking stone façade, English Gothic architecture, and Tudor interior made it a beloved facility within the Library system. After serving the public for a full century, however, the building’s condition had deteriorated. An assessment revealed mechanical system and structural failures, all of which compelled Library to close the branch in 2013 and temporarily relocate its operations to 2704 Clark Avenue.

When Cleveland Public Library invited patrons and members of the public to share feedback regarding South Branch’s future, community members overwhelming supported preserving the historic Carnegie building. As a result, the Cleveland Public Library Board of Trustees passed a resolution in 2015 to reopen the Scranton Road building after making necessary repairs and improvements.

Cleveland Public Library is now pleased to announce that the construction process has begun and restorations are underway. Most recently, the foundation wall was poured for the new addition in the back of the building. This addition will provide an ADA-accessible entryway along with meeting space and accessible restrooms.

The restored building will preserve, among other aspects, the branch’s original stone façade, interior woodwork, perimeter shelving, and fireplace. The renovated branch will also include quiet study rooms, separate teen and children’s spaces, a multipurpose room, and a large meeting space that can be accessed after hours. This fully accessible, updated facility will offer the technology and services of a 21st century library while preserving the integrity of the original Carnegie building.

The temporary branch location at 2704 Clark Avenue will continue to serve patrons until South Branch’s restoration and expansion process is complete.

For future updates regarding this project, visit Cleveland for Good: Communities. To learn more about the Library’s larger branch revitalization project, please read “Setting the Stage for Cleveland Public Library’s Next 150 Years.”