William Fitch Smyth was the evening attendant in the General Reference Division at Cleveland Public Library beginning January 22, 1904. Mr. Smyth was recruited to work at the library by none other than William H. Brett, Head Librarian. His starting salary was .50 cents per evening. Mr. Smyth worked part-time, including Sundays and holidays until March 22, 1940.

His father was Reverend Anson Smyth, who was the superintendent of Cleveland schools and was largely responsible for encouraging legislation authorizing the support of libraries through taxation.

Mr. Smyth was a favorite of CPL staff. One supervisor wrote that “…he knows books and unusual things.” Another wrote that he had two outstanding qualities, “reliability and wide knowledge of literature.” Bessie H. Shepard, head of General Reference noticed Mr. Smyth’s extreme courtesy and “his old school gentleman’s training.”

We don’t know how busy the library was during the time that Mr. Smyth was manning the reference desk, but he left many examples of his creativity in poetry and drawings. In the slideshow below you can see a few decorated envelopes used by the Shelf Division. We’re also not sure what the 3.5″ x 6.5″ envelopes were used for and most are undated, although we believe them to be from the 1920′s to early 1930′s. 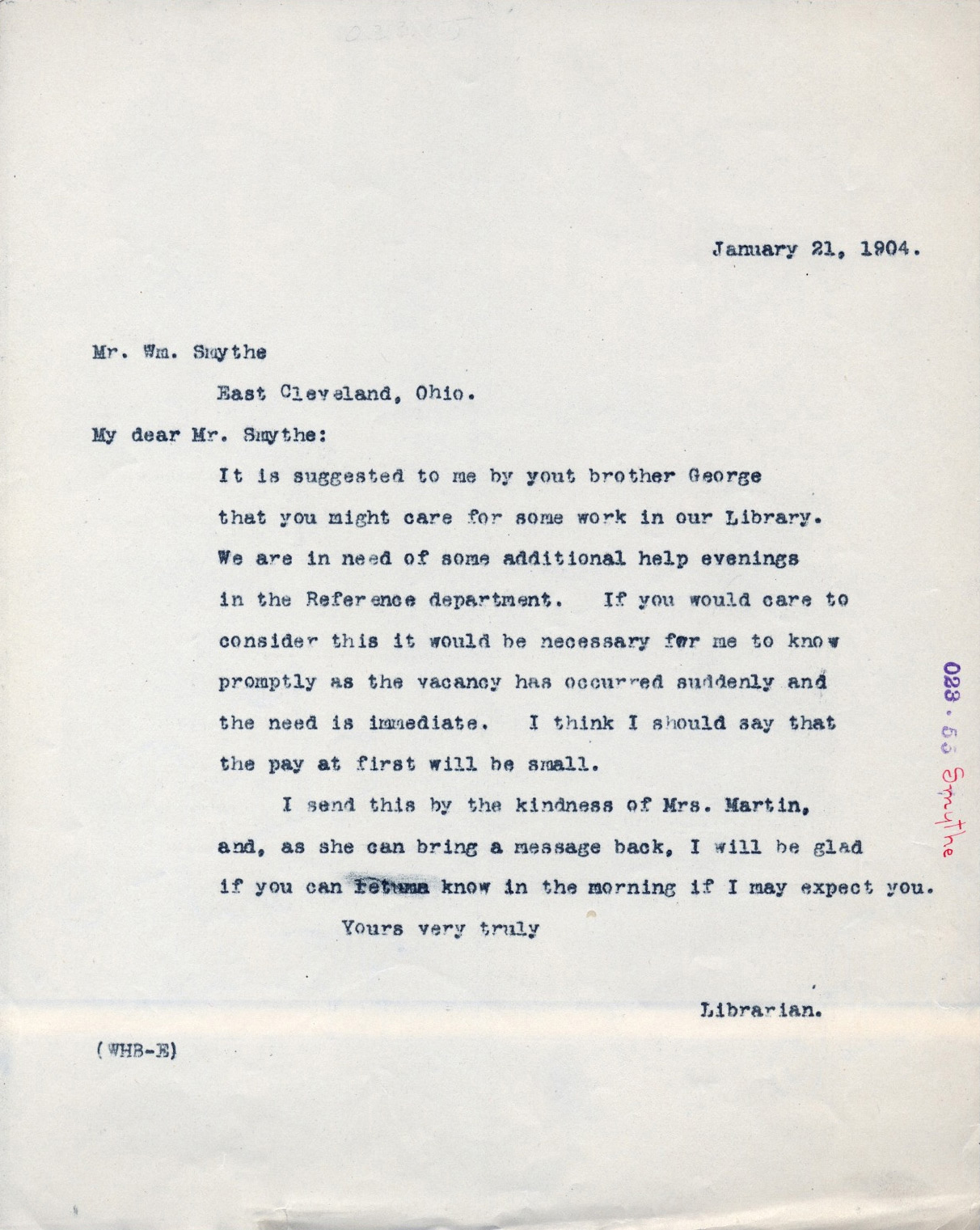 The recruitment letter from William H. Brett to William F. Smyth asking him to come work at the library. Note that the letter is dated January 21, 1904. According to Mr. Smyth’s personnel file, he began work at the library on January 22, 1904. If only it were that easy to get a library job today!
Read the full text of the letter.