Whitney Porter, the Ohio Center for the Book’s new Scholar-in-Residence, is kicking off her role by interviewing comics creator Sina Grace. Grace, the creator of Iceman, Nothing Lasts Forever, and Self-Obsessed, will appear this Saturday, Sept. 22, at the Flaming River Con.

Porter is a Ph.D. candidate in English and a teaching fellow at Kent State University. In her Scholar-in-Residence application, she expressed an interest in working with the Get Graphic! comic discussion series while facilitating inclusivity in library programming, fostering a sense of community, and sharing her love of comics and monsters. In the interview below, Porter speaks with Sina Grace about the LGBTQ comics community, autobiographical writing, libraries, Pippi Longstocking, Clarissa Explains It All, and much more: 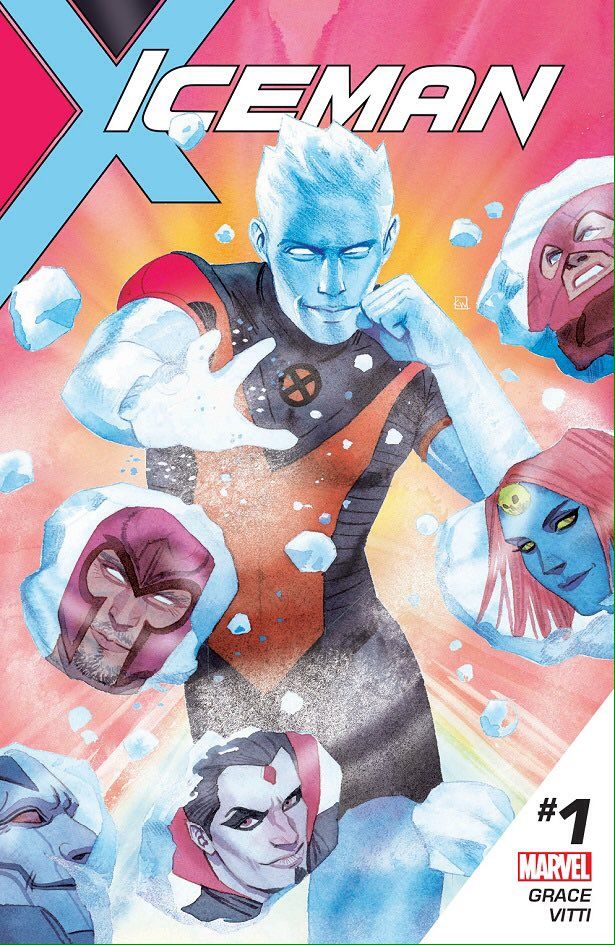 Whitney Porter: When I last saw you speak, we were at the San Diego Central Library for Comic Con. You talked about first resisting and then realizing that you see a lot of yourself in Iceman. Can you talk a bit more about how this realization has evolved as you’ve continued to write the series?

Sina Grace: When I was writing the Iceman series, I put a lot of effort into separating us as individuals…but it turned out that all my maneuvers were surface level! Sure, Bobby is attracted to different kinds of men than me. Sure, Bobby listens to different music than me. Sure, Bobby handles conflict differently than me. However, our DNA is more similar than I realized. We’re both dudes who could be amazing if we stopped circling around in our heads and doubting ourselves. I think we were both afraid of greatness. With regards to him and his psyche, he’s an underutilized Omega-level mutant (that means he’s super powerful). With me, I think I’ve shied away from spotlights for fear of being called self-absorbed, or fear of blowback. We’re both over it now. 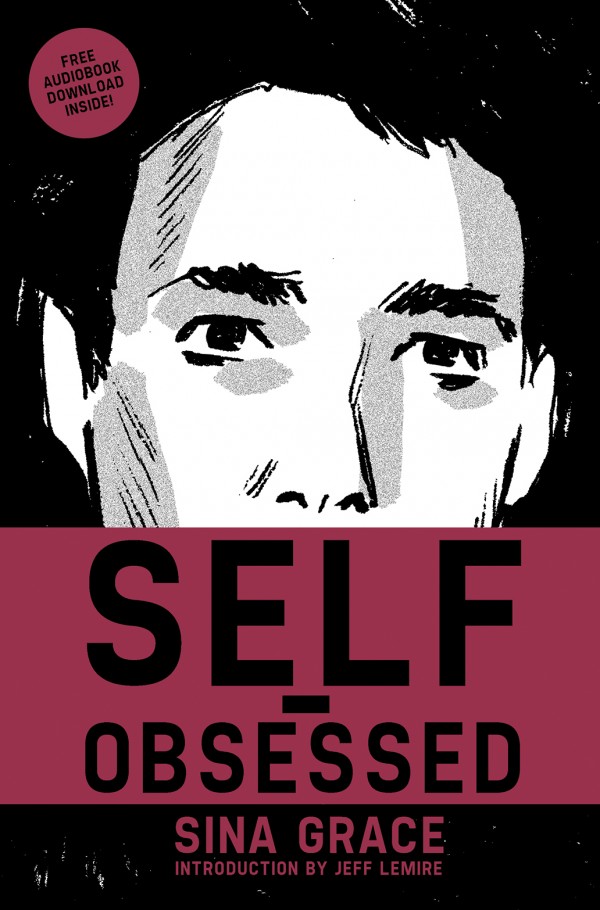 WP: In that same vein, I’ve noticed that your autobiographical work Self-Obsessed and Nothing Lasts Forever both mention an inner child or a younger version of yourself, and Iceman actually talks regularly to his younger, cooler self too. How has your awareness of an inner child helped shape your writing? Do you feel like you’re writing for that version of yourself or do you feel more like you are still that younger self writing to shape who you are now?

SG: You know, the whole reason I’m in comics is because I thought it was the coolest job ever as a kid. I used to operate on making my younger self proud. Would he look at 30-year-old me and think I became a waste of a human? Haha. However, now I’m a little shook and have a different perspective. Why am I following the whims of a teenager who didn’t know how the world works? Being on both sides of that notion have certainly informed the direction I wanna take my storytelling. 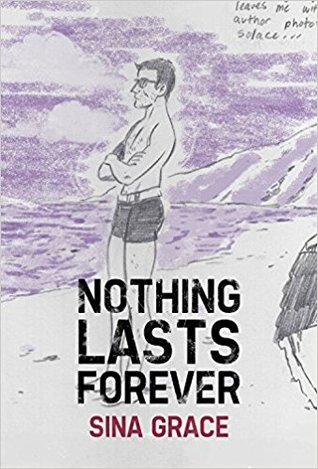 WP: I actually read Self-Obsessed after I read Nothing Lasts Forever. I think my own insight into your story later in life helped me to appreciate your earlier work (Self-Obsessed is amazing by the way! I especially love your article about Hillary Duff’s movie). What do your readers need to understand about your progression from the first to the second auto-biographical work? How does each one sit with you now that some time has passed since their first publications?

SG: Both of those books speak to working out issues most people have in their 20s. I also made both Self-Obsessed and Nothing Lasts Forever during periods of massive upheaval, so each one kind of encapsulates a different era of madness. I don’t really like to look at Self-Obsessed because it’s a bit experimental and has a very loose rhythm. Nothing Lasts Foreveris like a precious baby… I can’t believe I got myself to make that book in the midst of all the darkness I was going through.

WP: Looking at your own work, who do you feel your current Sina is most closely aligned with (Self-Obsessed Sina, Nothing Lasts Forever Sina, or the Sina hidden in Iceman)? Why?

SG: I’d say that maybe Sina hidden in Iceman is where I’m at. When I finished [Nothing Lasts Forever], I decided to take a break from writing about myself. It’s strange to self-mythologize and to do it as you’re living your life. I’d rather my subconscious come out in the subtext.

WP: We’re really excited to see you in Cleveland at Flaming River Con! What drew you to this event? Is there anything in particular you are looking forward to?

SG: The folks involved are pretty rad, and I’ve never been to Cleveland! Additionally, there was a “how can I not” feeling when I got the invitation to attend. Flaming River Con seems like something incredibly special, and I didn’t want to miss out. Plus, I’ve never been to Ohio!

WP: Yours is definitely an important voice in the LGBTQ comics community. Do you see your comics as a contribution to a larger LGBTQ narrative/culture?Are you conscious of this when creating/writing?

SG: I guess it’s okay to say my voice is a voice in the LGBT comics community. It’s really hard to say how any of this is gonna pan out. I’ll let herstory dictate where my voice lands. As far as I’m concerned, I try not to be conscious of “responsibility” or like “my role” in the bigger picture. The work would be coming from the wrong place if I was thinking about being important. My main concerns are to tell stories that last because they’re well-written/well-executed. Great stories prosper. All this being said, I’m aware of the stakes, and I certainly stress myself out making sure I’m avoiding any problematic storytelling tropes.

WP: The Ohio Center for the Book is one of the supporters for Flaming River Con, and consequently, I last saw you at San Diego Central Library. Has the library been a significant place in your life?

SG: The library is where I discovered Pippi Longstocking, for that reason alone I owe the system a massive debt. We didn’t have a lot of money growing up, so I distinctly remember my sister taking me to our library when she had to type up an essay for school on one of those loud, “fancy” typewriters. I used to spend my lunch breaks in fourth and fifth grade in the school library reading books about folk tales of all sorts, and books on how they made the classic Universal monster movies. It’s a great place to go when you haven’t found friends who understand you, haha. I recently utilized the West Hollywood library to read the Gossip Girl manga. Love the library!

WP: What should someone who hasn’t read your work before know about your writing? Who do you hope will read your comics? Where should they start?

SG: I suppose people discovering my work should know I’m a proper blend of Clarissa Explains It All and Black Swan, both aesthetically and emotionally. I’m vulnerable, but I don’t take things too seriously. Haha. If anyone had to start somewhere, I’d say Iceman volume one and Not My Bag! 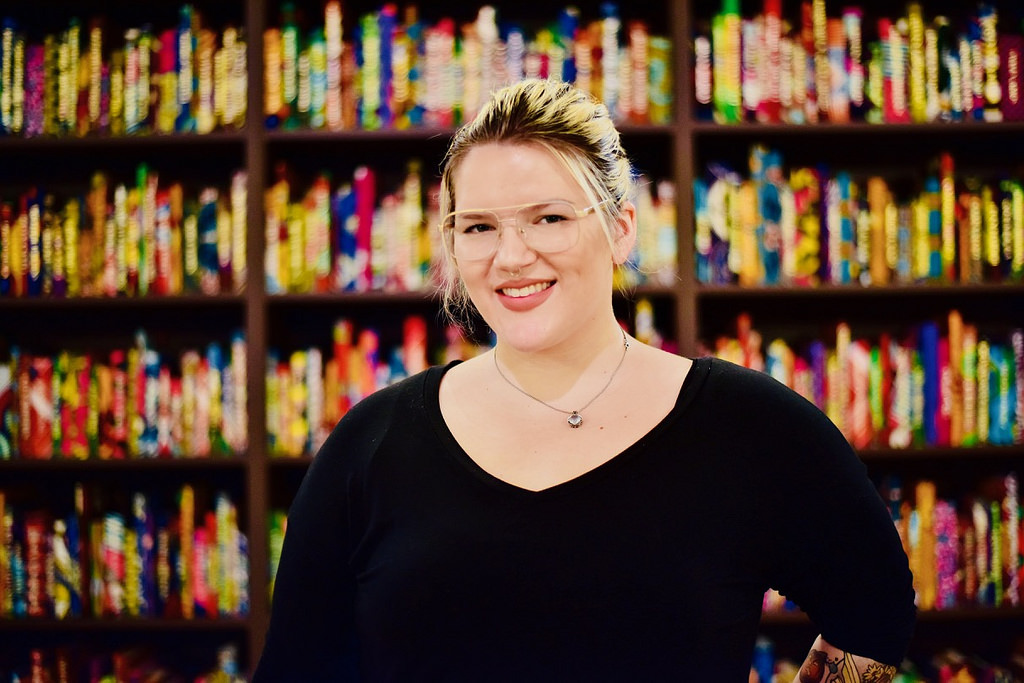 The Ohio Center for the Book at Cleveland Public Library is sponsoring the Flaming River Con, an all-ages convention of comics, zines, books, art, crafts, panels, and workshops focusing on LGBTQIA+ geek culture. The event will be held from 10:00 a.m. – 6:00 p.m. on Saturday, September 22 at the Westshore Unitarian Universalist Church in Rocky River. In addition to appearing at this event, Grace will also sign books at Carol & John’s Comic Shop on Friday, Sept. 21 from 6:00 p.m. – 8:00 p.m.

The Ohio Center for the Book at Cleveland Public Library is dedicated to promoting and celebrating books, reading, literacy, and libraries to Ohio’s citizens and the book community at large. The Ohio Center for the Book also maintains a growing collection of fiction and non-fiction books written by Ohio authors. This circulating collection is housed in the Literature Department at Cleveland Public Library.