Home Cleveland for Good We Believe in the Power of Good Books!

We Believe in the Power of Good Books! 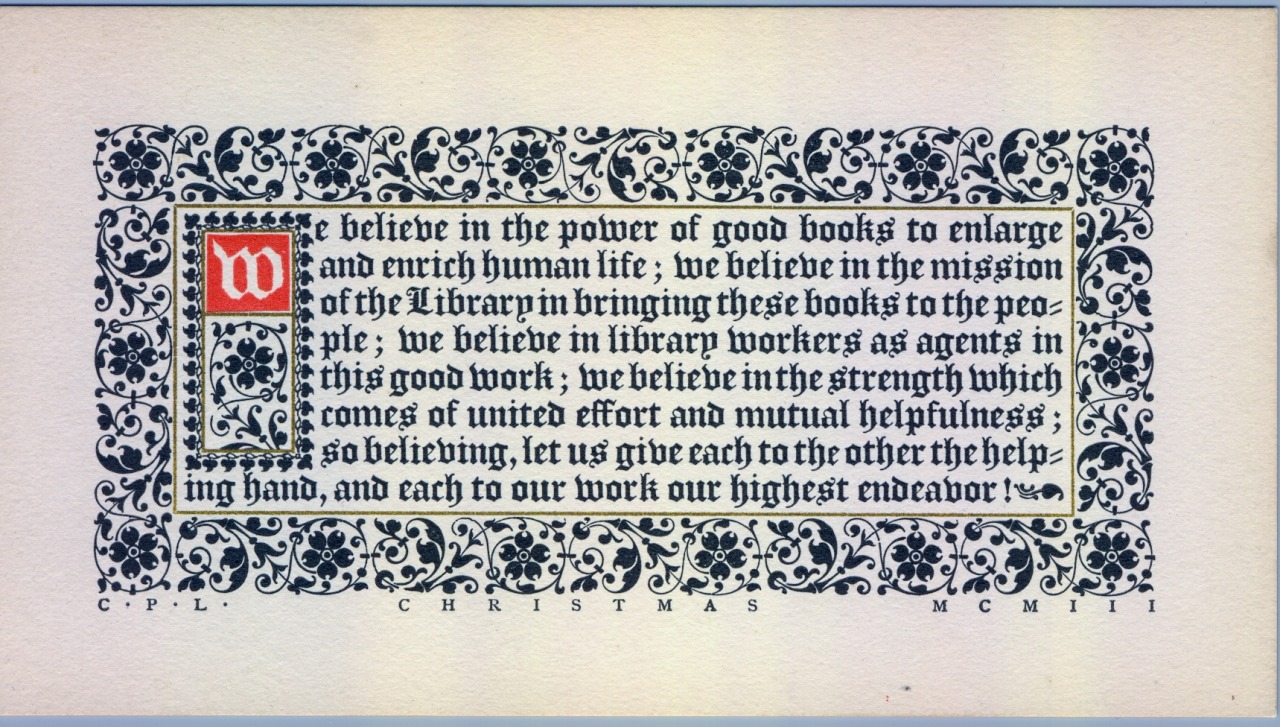 Leave it to librarians to celebrate the holidays by promoting the power of books. Here, we have the earliest example of the Christmas cards send to Cleveland Public Library staff and library students. This card is dated 1903, measures 3 1/8 by 5 7/8 inches, and is printed on heavy card stock. The inscription reads:

According to a memo from William H. Brett, the Library’s Director from 1884-1918 and one of the nation’s great founding librarians, the card features the “oldest Old English type still in use, cut before 1525, probably at Rouen, France,” a border in “an Elzevir design, made about the 17th century,” and “an initial designed and cut specially for the card.” The straight line borders are in gold.

You’ll have to trust us when we say the photograph does not do this card justice—it’s beautiful in person. And while we don’t know the origin of the quote, or if it was written by Brett himself, it’s a message that has stood the test of time and remains just as relevant today.