The Bomb Threat in Cleveland and Beyond During World War II

After Pearl Harbor was bombed on December 7, 1941, the United States was officially flung into World War II. England and France, the United States’ European allies, were under constant bombardment from Axis forces, which left their cities devastated.

Although the Atlantic Ocean stood between the United States and Europe, the United States still took precautions to protect its citizens in case of another attack on American soil. Cleveland, the sixth largest city in the country, participated in the war effort by gathering scrap metal, conducting air raid drills, and obeying blackout hours. 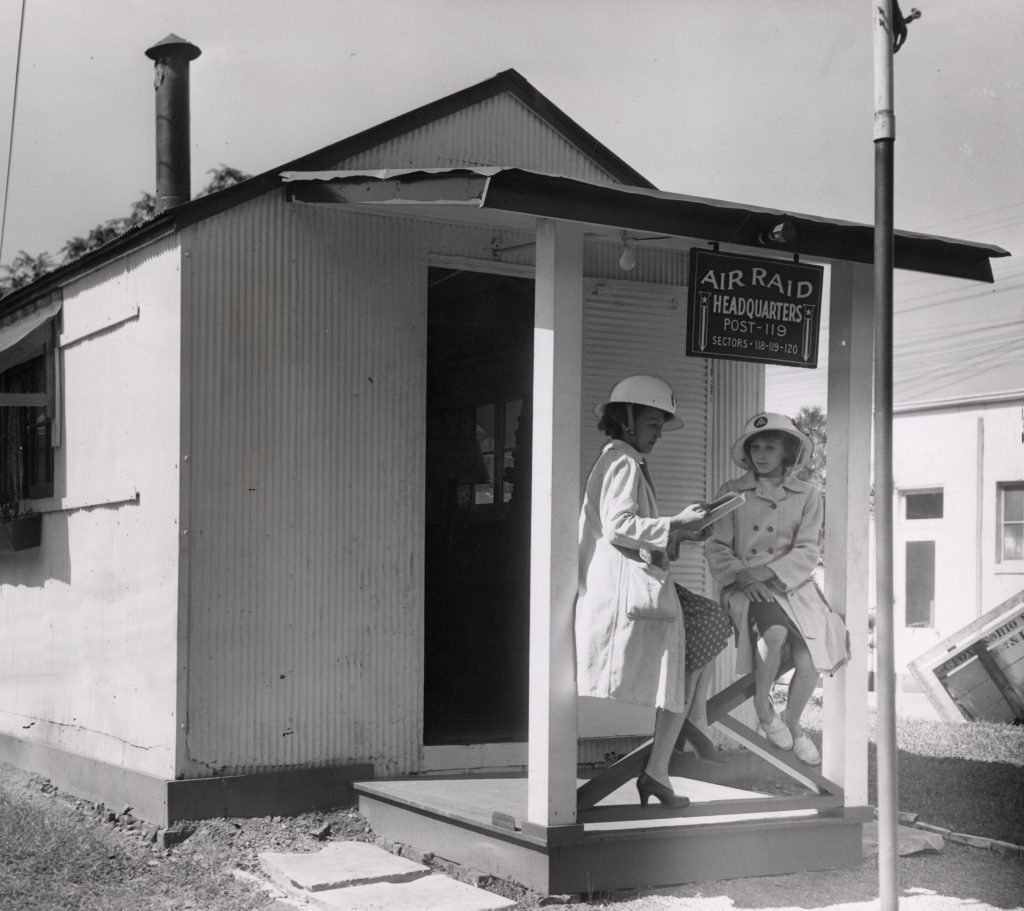 Nuclear armaments were not an imminent threat at this point in history, although the end of World War II would mark the beginning of the Atomic Age. However, air bombings were a serious safety concern both in Europe and the United States. City blackout drills were initiated in Cleveland during the summer of 1942. The theory behind the blackouts was that if the enemy tried to drop bombs from the air, they would have a difficult time hitting their target with no indication of city light. In order to participate, people blocked off their windows and doors, streetlights were turned off, and air raid wardens would drive down city streets searching for any houses emitting light.

This was also the age of the “Duck and cover!” technique, which was typified by school children but utilized by all citizens in case of an air attack. The “duck and cover” training instructed people to protect their heads and kneel under their desks in case of a bombing. The exercise trained civilians how to during an attack, but it also prevented them from running toward windows out of curiosity, which could result in blindness from a bomb flash or being maimed by broken glass. Numerous schools in the Cleveland area, including Cleveland Heights High School, had underground bomb shelters and would run air raid drills, like fire drills, to train their students. 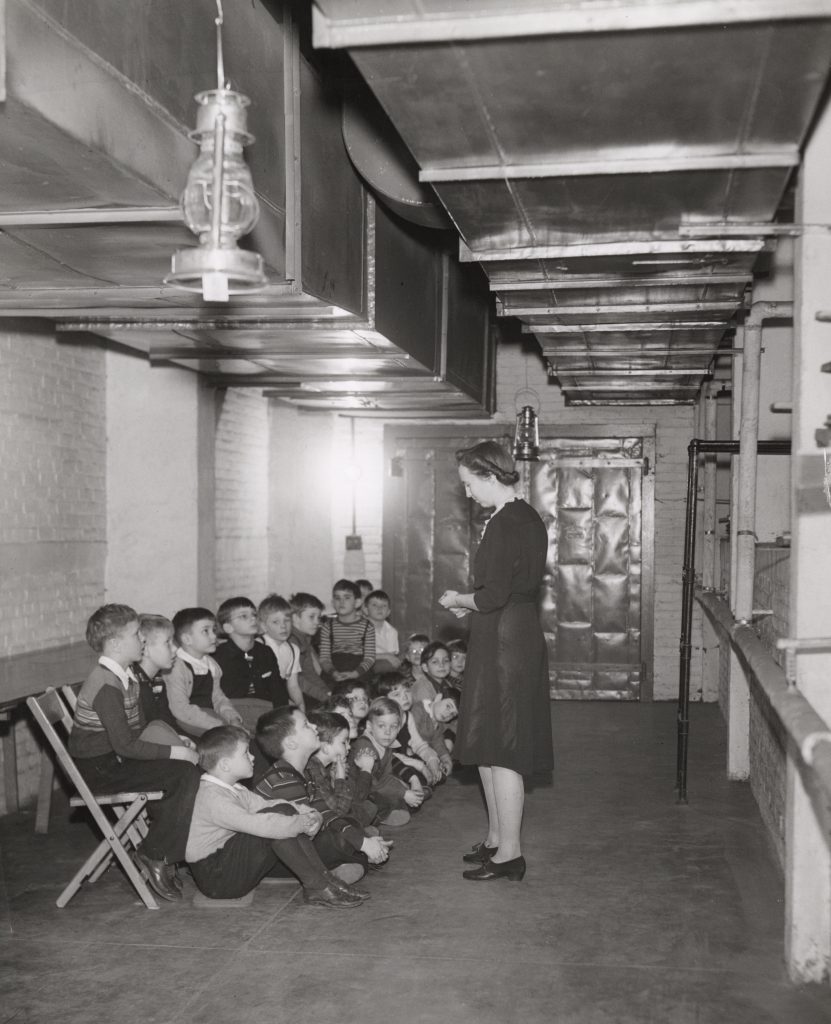 According to a Spring 1942 Cleveland News article, a quarter million Cleveland school children participated in the war’s first school alert drill involving every public, private, and parochial school in the city. The drill message was broadcast by the Cleveland Board of Education radio station, but then the signal stopped to prevent information transmission to the enemies. The drill lasted about ten minutes and Cleveland school children resumed their studies after they returned to their classrooms. The initial 1942 drill was just the first of many to come in the following years of World War II.

Despite the inconvenience of the blackouts and the constant fear of bombing, Cleveland’s citizens believed the drills were their duty to their country and to their city. Employees emptied buildings for drills, teachers tutored their students how to react to an attack, and Cleveland contributed greatly to the war efforts by offering tanks, vehicles, medical assistance, and fundraising efforts to the cause.

Written by: Lisa Sanchez, Center for Local and Global History