The Ancient Art of Puppetry 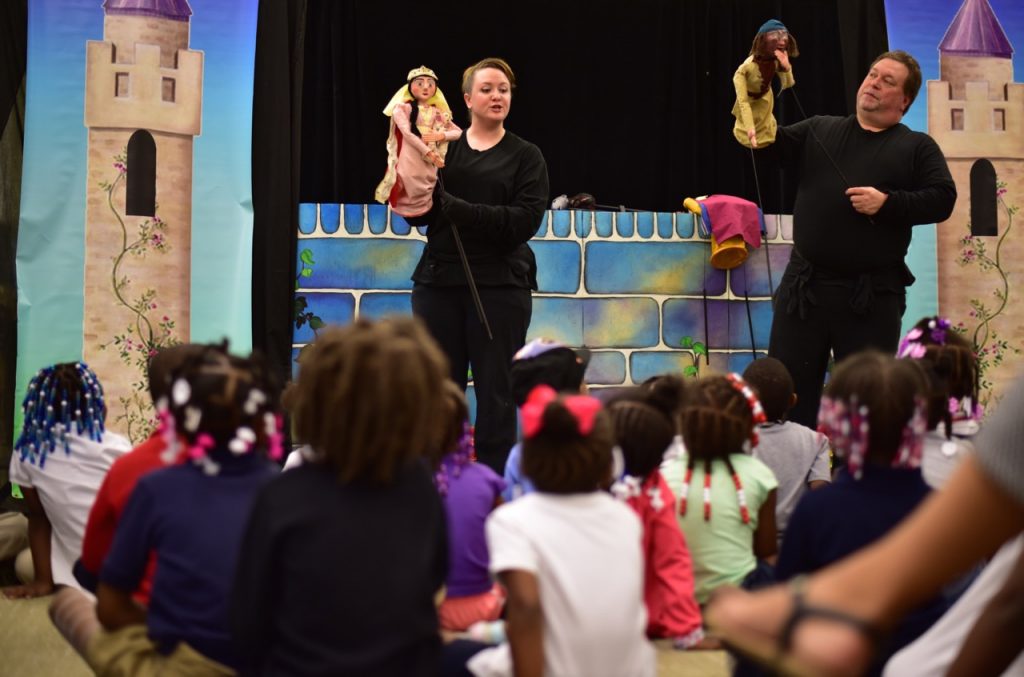 While beloved characters like the Muppets might stand as the reference point for puppets in our cultural imaginations today, Cleveland Public Library’s 2019 exhibit, The World of Puppets: From Stage to Screen, will go deeper to explore puppetry on a wider scale. After all, the art of puppetry has a rich history that spans centuries, cultures, and the world’s nations.

Imagine, for starters, a set of intricately carved Indonesian shadow puppets, a dapper devil from Prague, a Sumatran si gale-gale funerary puppet, a pair of wooden puppets dating back to the 1790s, and a Sicilian puppet wearing a suit of armor—treasures representing just a sampling from the eclectic puppet collection owned by celebrated local puppeteer Nancy Sander. Sander will share some of her puppet masterpieces in the Library’s exhibit, which opens March 23 in Main Library’s Brett Hall.

“Puppets are found throughout every culture,” Sander explains. “They’ve been found in drawings on cave walls and in Egyptian tombs. They’ve been used to educate, to entertain, and tell stories. Puppetry is an ancient art form—a wonderful, difficult art form.”

Sander has spent decades collecting, making, and performing with puppets. Many Clevelanders know Sander for her work with Hickory Hideout, an Emmy-winning children’s puppet show produced by WKYC-TV from 1981 to 1991. Today, she creates and performs her own shows through her business, Puppets With Pizazz. In addition to the roughly 225 vintage puppets she’s collected from around the world, she also owns upwards of 350 puppets she’s made herself for performances.

“Puppets are truly artistic creations,” she says. “They are works of art that work. Most puppeteers are self-taught, and their styles can be as unique and distinctive as that of artists like Klee, Monet, or Gainsborough. To be a puppeteer, you have to be a builder, sculptor, performer, painter, scriptwriter, electrician, sound engineer, publicist—every single thing in a puppet performance is done by one person.”

The Wide World of Puppetry

Sander is Vice President of the Puppetry Guild of Northeastern Ohio (PGNO), which serves as a major partner in the Library’s The World of Puppets. The March 23 exhibit opening also corresponds with activities planned for the 2019 World Day of Puppetry, an international celebration sanctioned by the Puppeteers of America and UNIMA-USA (the North American branch of Union Internationale de la Marionette). In fact, the idea of creating a large-scale puppetry exhibit first emerged during the Library’s 2018 World Day of Puppetry event, which featured a puppet display from the private collections of PGNO guild members.

Bradford Clark, a Bowling Green State University professor and Consulting Curator for the Center for Puppetry Arts in Atlanta, curated The World of Puppets. He says the exhibit will offer a broad-based survey of puppetry from around the world, encompassing both historic and contemporary puppetry.

“People might be aware that there’s a history and tradition of puppetry, but there’s also some really exciting contemporary puppetry going on,” Clark says. He adds that puppetry has ties to technological innovation in film, including robots and even early research for computer-generated imagery (CGI). It’s a wide world—and the Library’s exhibit will shed light on that world.

In addition to showcasing portions of Sander’s collection—Clark calls Sander a Cleveland legend and a living encyclopedia of puppetry knowledge—the exhibit will also include items from other sources. Visitors can expect to see both traditional and modern puppets, and the exhibit will explore multicultural aspects of puppetry as well as Cleveland-based puppetry. 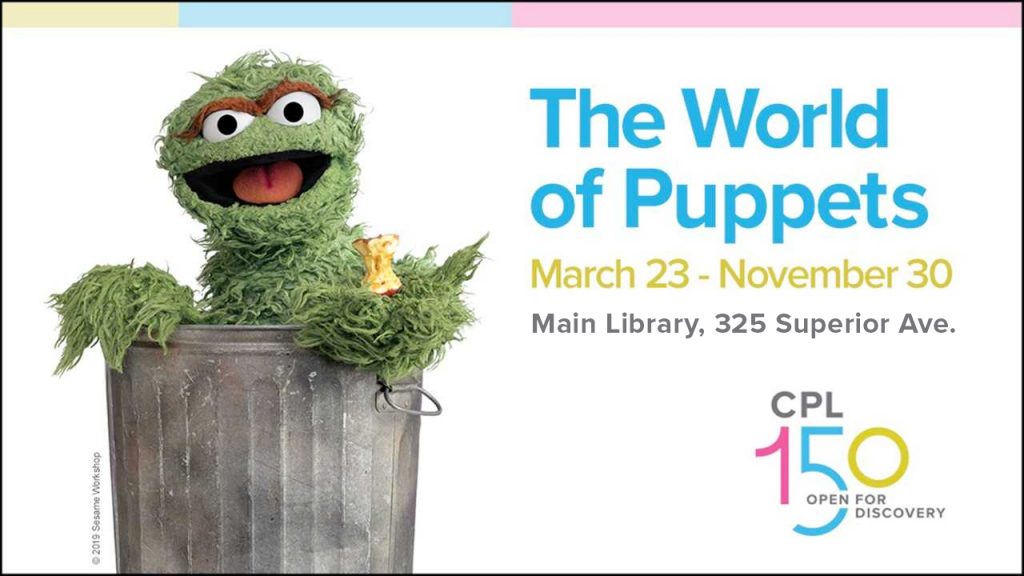 Storytelling and puppetry go hand in hand, and the Library embraces the art form by offering puppet shows and workshops. While children are naturally drawn to puppets, Clark hopes this exhibit will change how all visitors—adults and kids alike—view the art of puppetry.

“The idea that puppets are only for children is fairly recent,” Clark explains. “Historically, puppets could offer political or social commentary, as Punch and Judy do, or they could be used for religious purposes. Some forms of puppetry around the world are extraordinarily literary or complicated. Like music, dance, or theater, there’s such a range of what puppetry can be.”

The World of Puppets will offer more than a static display: live performances, interactive activities, and videos will complement the exhibit. Clark calls puppetry a “very accessible art form,” and he hopes the exhibit will inspire library patrons to watch a live puppet show or make their own puppets.

“The real point is to get people excited about puppetry, to go out and make puppets or perform,” he says. “We also hope to connect puppets to local Cleveland communities. This is an exhibit that offers a different kind of experience, one that is new and satisfying and fun—and it will be anything but dry.”

The World of Puppets: From Stage to Screen opened Saturday, March 23, 2019 in Brett Hall, located on the first floor of the Main Library at 325 Superior Avenue. The exhibit is free and open to everyone. Visit cpl.org to learn about related programming and performances throughout 2019. To learn more about puppets and the Cleveland puppetry scene, visit the Puppetry Guild of Northeastern Ohio at https://puppetsneohio.org.