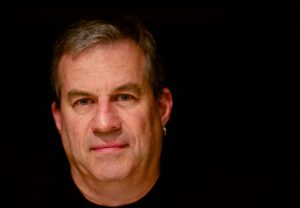 On Saturday, October 7, 2017, Cleveland Public Library will host a special event featuring Sam Quinones, the author of Dreamland: The True Tale of America’s Opiate Epidemic (Bloomsbury, 2015) in the Louis Stokes Wing of the downtown Main Library. During his talk, Quinones will discuss the far-ranging causes of our nation’s heroin and opioid epidemics.

According to the Centers for Disease Control and Prevention, opioid overdoses claim the lives of 91 Americans every day. Here in Cleveland, The Plain Dealer reported that in February 2017 alone, Cuyahoga County saw a record 60 cases of fatal heroin and fentanyl-related overdoses. Dreamland illuminates the origins of this crisis by depicting two parallel stories: one surrounding a pharmaceutical company touting its opiate prescription painkiller as nonaddictive and another detailing the rise of an inventive new method for selling black-tar heroin.

“This is a national story—a nationwide problem that’s debilitating for our country,” Quinones says of the heroin and opioid epidemics. “And there’s still a lot of misunderstanding of why this is happening.”

During his presentation, Quinones will address the complex range of factors that played a role in shaping today’s epidemic: pharmaceutical marketing, pain management in America, shifts in the heroin market in recent decades, and how a deteriorating sense of community created what Quinones calls “a dangerous sense of isolation.” He stresses that our public needs the opportunity and the permission to talk openly about heroin and opioid abuse in order to take steps to combat it.

“This is a crucial topic not only for Clevelanders, but for all Americans,” says Felton Thomas, Jr., Cleveland Public Library Executive Director and CEO. “We encourage the Cleveland community to join us as we seek Quinones’s insight on this public health crisis.” 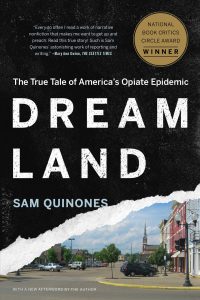 Dreamland won a National Book Critics Circle award for the Best Nonfiction Book of 2015 and was named one of the Best Books of 2015 by Amazon, Slate, Buzzfeed, Seattle Times, Boston Globe and Entertainment Weekly, among others. Quinones, a Los Angeles-based journalist and public speaker, is also the author of Antonio’s Gun and Delfino’s Dream: True Tales of Mexican Migration and True Tales from Another Mexico: The Lynch Mob, the Popsicle Kings, Chalino and the Bronx.