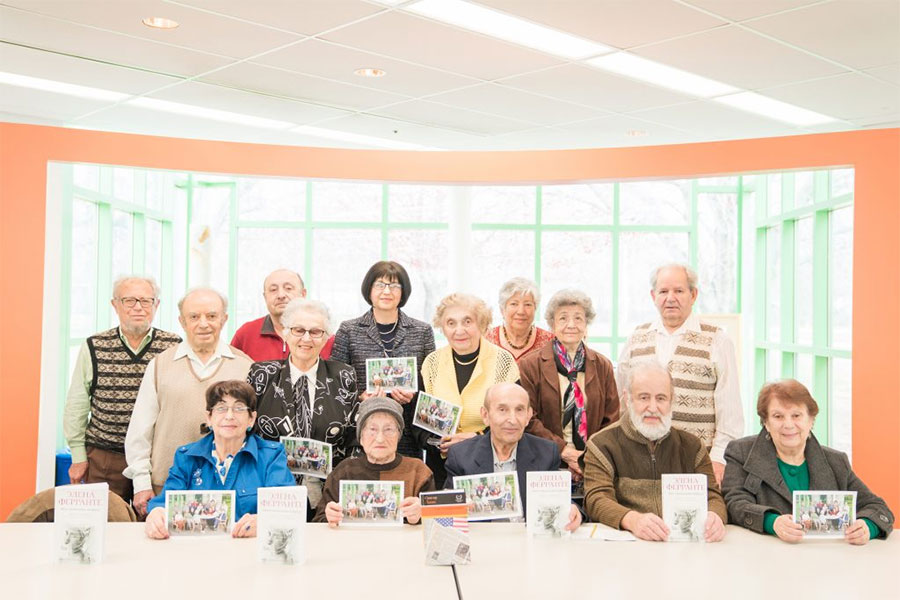 “It’s an opportunity to get together and discuss quality literature,” Victoria Kabo, International Languages Librarian, says of the Russian Book Club. “About 15 or 16 people come to every meeting, and we always have a lively and civilized discussion.”

The book club, which first met in September 2007, grew out of Kabo’s efforts to engage community members and share the Library’s extensive Russian collection. Members read novels in Russian—translations of American or European works, largely, along with some Russian authors—and their meetings are conducted entirely in Russian.

Some of the novels members have discussed over the last decade include The Goldfinch by Donna Tartt, American Pastoral by Philip Roth, Great House by Nicole Krause, Beloved by Toni Morrison, Independence Day by Richard Ford, Never Let Me Go and Remains of the Day by Kazuo Ishiguro, The Wayward Bus by John Steinbeck, The Kite Runner by Khaled Hosseini, and many others.

The longstanding group is also a loyal one, with many of the attendees remaining devoted members for the entirety of the club’s decade-plus run. Kabo credits Tatyana Kamenetskaya, who has served as the coordinator of the book club since the start, as a key to the group’s success. “She’s really been the heart of the club,” Kabo says of Kamenetskaya.

The book club discussions often extend beyond the walls of Memorial-Nottingham as members share what they’re reading with family and friends in other cities and countries. They also offer book recommendations to Russian-speaking residents in local senior centers who can’t make it out to the branch for meetings.

“People are envious of what we have here,” member Rafail Kleshchevskiy explains. “Even big cities, like New York or L.A., don’t have book clubs like this. What Cleveland is doing is unique.”

Kabo occasionally invites authors to attend the club and join in the discussion. Additionally, Georgy Urushadze, Director of the Bolshaya Kniga book prize in Russia and Co-Founder of Kniguru, has attended the book club three times. As Kabo explains, these opportunities are invaluable for lovers of literature and Russian culture—and it’s a tradition that has now carried on for more than a decade.

Members celebrated their tenth anniversary in September 2017 with appetizers, refreshments, and plenty of congratulations. The book up for discussion that month was Anne Tyler’s A Spool of Blue Thread. Now, as members look ahead to the future, they intend to carry on the tradition of good literary discussion as they continue participating in this enriching experience.

“We have become wiser,” says member Mariya Markovich, “because we can see the world through the eyes of these writers.”

The Russian Book Club next meets in June 2018 to discuss the Russian translation of My Brilliant Friend by Italian author Elena Ferrante. New members interested in reading and discussing in Russian are always welcome. Please contact Victoria Kabo at victoria.kabo@cpl.org to learn more.