Nearly a century ago, the famed Cleveland architecture firm Walker and Weeks constructed a building in a modified English Tudor style to serve as Cleveland Public Library’s West Park Branch. The building featured an elegant façade with red brick, stone trim, and a slate roof, while the interior offered high ceilings and tall, graceful windows. In the decades since its 1928 opening, the building has undergone renovations, including some that obscured its original character and beauty. But fear not—in the coming years, West Park’s rich past will be restored, updated, and brought into the future.

As the westernmost Cleveland Public Library location and the branch with the highest circulation, West Park has long held a treasured place within its tight-knit Cleveland neighborhood. In the late 1970s, however, renovations concealed parts of the building’s historic charm. Now, as part of the Library’s system-wide capital development project, West Park Branch is poised to be restored to its former glory along while receiving modern upgrades to serve patrons for many years to come.

Highlights of the planned renovations include removing the dropped ceiling that was added in the 1970s and restoring the original vaulted ceiling and dormers, which will flood the interior with more natural light. Access to the building’s lower level will be improved through the addition of an elevator, while a new central staircase will create a striking vertical space.

Furthermore, the original entrance on West 157th Street, which was closed in the 1970s, will be reopened to offer a gracious entryway and improved pedestrian access. An accessible pathway from Lorain Avenue and an RTA bus stop will lead to this entrance, ensuring the library is easily accessible. The aesthetics of the branch, meanwhile, will focus on open, light-filled, flexible spaces with additional meeting rooms, an improved children’s area, and modern amenities, all to bring West Park into the future while simultaneously returning to its roots.

As with every part of the Library’s overarching capital development project, patron input was carefully considered throughout the planning process. In the pre-pandemic days of 2019, residents shared their hopes for the branch’s transformation at community engagement meetings. They expressed an interest in separate spaces for adults and youth, updated accessibility and technological offerings, brighter colors and more visually pleasing spaces, and, most of all, a return to the historic building’s original grace and beauty.

“Patrons are interested in honoring the historic value of the building while bringing it up to 21st-century standards, and to make the building more visible and even more of a standout in the community,” says Jaime Lauver, who served as the Assistant Branch Manager of West Park until May 2020. “There’s a lot of history here, and a lot of pride.”

West Park resident Megan Kennersley echoes many of the suggestions other patrons had for the library’s future. Kennersley, who first visited the branch to use the computers when she was pursuing a master’s degree, loved the library so much that she began volunteering and became a beloved regular. In fact, she was named one of Cleveland Public Library’s 150 Unsung Heroes at the Library’s 35th Annual Commemorative Martin Luther King, Jr., Ceremony.

“I’ve always loved coming to the library,” she says. “There’s always something new, whether it’s new books coming in, or movies, or audio. West Park has been a wonderful institution for everyone in the neighborhood, and hopefully the Library will realize what kind of jewel they have on the west side.”

As both a West Park resident and a library patron who looks forward to one day bringing his young son to storytimes at the branch, Councilman Charles Slife would certainly agree that both the neighborhood and the library are community treasures.

“When my wife and I were looking to buy a home and start a family, we were drawn to a neighborhood with tree-lined streets, kids riding bikes down sidewalks, neighbors on porches talking to each other—just a tight-knit community,” he says of West Park. “It’s a great neighborhood, and the library’s presence is part of those great qualities.”

“It’s a big family,” adds Mollie Wirtz, Marketing Manager for the West Park Kamm’s Neighborhood Development (WPKND). “This is a community that honors their roots, and that extends to the public library.”

Michael Dalby, West Park Branch Manager, describes the local community as avid readers and homeowners who take pride in where they live. That pride extends to their local library branch, which the residents have long championed.

“We’re excited to reward the community that has supported the library for so long with some big changes,” Dalby says. “If we had more inviting spaces, we’d probably see an increase in our patronage. I would especially like to see a more inviting area for youth, as well as a better way to accommodate the groups and clubs that meet here.”

While the pandemic currently prevents in-person meetings and programs, the Library is forging ahead with renovation plans in order to best serve the West Park community many years into the future. After all, once social distancing requirements ease, patrons will likely be eager to convene in person again.

“People are looking for places where they can be together, and certainly for kids to study and gather when it’s safe to do so,” Councilman Slife says. “The library has a great ability to continue to be that for the neighborhood.”

West Branch will be transformed by Vocon, an architecture and design firm that values equality and inclusivity. As Cleveland Public Library commits to being an inclusive, equitable organization at all levels, working with Vocon, which happens to be woman-owned, is an exciting step.

“It’s not about being a female-owned firm, but just the type of firm we are,” explains Deb Donley, owner and principal of Vocon. “Working with the Library has had a profound effect on our firm. It’s meaningful to engage deeply with the community and with the library itself. The library has always been a treasure, but now it’s reimagined in a way that will continually and profoundly affect this community.”

“Everyone in the community loves that library,” adds Lisa C. Dye, a Vocon director. “They love its historic quality and architecture. We plan to create a space that is more open and accessible for visitors and staff. We want to keep the design timeless on the inside to modernize it but also pay homage to the historic nature of that space, which is beautiful and special.”

“Beautiful” and “special” are two descriptors that patrons can certainly look forward to when West Park Branch is revitalized. Daniel McDonald, technology project designer, considers this project an effort to “restore a sense of timelessness” as Vocon respects the original Walker and Weeks creation.

“In the process, we can correct some impulses that were widespread in the 70s to simplify in architecture in a way that erased history rather than embracing the past,” he says. “We want to remodel the branch in a way that carries the past with us.”

Overall, the interior will be more flexible so the branch’s spaces can evolve in the future depending on what might be needed at that time—flexibility that is particularly relevant in the current pandemic.

“Especially in this moment of Covid-19, when things feel challenging, here is this bright beacon of hope and light that the library provides the community,” Donley says. “We’re just so excited to be a part of that.”

Donley sees Vocon’s work as acting as “a translator of the community’s vision” for the new and improved branch. Dye agrees, stressing that they’ve listened closely to patrons’ requests and have taken the community’s needs to heart.

“West Park is such a beloved building already, but it will become a space that provides so much more—so get excited about it,” Dye says. “Start to reimagine your idea of what the branch is. Start to think about what you can do there, what kind of events you can host, how you might use it to support this unusual school environment. It will be able to provide so much more in a respectful and inclusive way.”

For patron Megan Kennersley, this level of respect also applies to the hard-working staff who make West Park what it is. After all, the library workers at this location and all branches across the city perform roles that are particularly vital during a global pandemic.

“Although they are not health care workers, they are on the front lines, and my hope is that they are appreciated as such,” she says of library staff. “I also believe that an institution like the Library gives stability to people in the neighborhood. It creates hope for the future.”

Hope for the future, as well as respect for the past, is exactly what Cleveland Public Library strives to achieve with the reimagined West Park Branch. The branch’s tentative projected completion date is currently slated within 2022. Until then, Library staff, the Vocon team, and the local community will rally for the future of this historic building.

“We can’t wait to provide our patrons with something they’ll be proud of,” Dalby says. 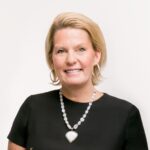 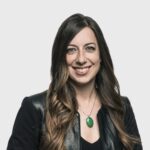 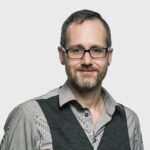