Imagine a brand-new, state-of-the-art neighborhood library positioned on an artfully designed community plaza complete with an outdoor classroom, a walking path, and plenty of flowers and plants. If that sounds appealing, you’re in luck—because all these changes and more are coming to Cleveland Public Library’s Woodland Branch.

Originally, the Library planned to renovate the current Woodland Branch as part of its Facilities Master Plan, which will transform each branch library throughout the system in the coming years. After Library staff and architects more closely considered the site and its potential, however, Woodland’s renovation plans blossomed into something much bigger: not only a newly constructed branch, but an entire campus, including a community plaza to serve the neighborhood and a central distribution facility to improve library efficiency.

“This part of Cleveland doesn’t have a lot of parks where people can feel comfortable in a more natural setting,” explains Robert Bostwick, FAIA, president and director of design for Bostwick Design Partnership, the firm spearheading the Woodland project. “I hope this space comes to feel like a sanctuary—a refuge on a somewhat busy street.”

Cleveland Public Library has served this neighborhood since 1904, when a small Methodist chapel on Woodland Avenue in Cleveland’s Central neighborhood was transformed into a library branch and eventually expanded. When that building suffered a fire in 1957, the current branch was built in its place and opened in 1961. Now, the new branch will be built just to the east of this location, while the existing building will be renovated as part of a new central distribution facility that will serve the entire library system. A plaza will create a cohesive campus, which will be accessed via E. 61st Street and Griswold Avenue to the south rather than directly off Woodland Avenue. This entrance will create a safer, less stressful access point for drivers and bicyclists, while pedestrians entering from the north will have a more inviting entrance.

Visit the project plan for this branch

One of the branch’s key design features will be a “community living room,” a large, central space with plenty of windows that will maximize visibility from both inside and outside the building, letting the community know this resource is truly for everyone. Inside, the branch will include modern features and furnishings, bright colors, and meeting rooms to accommodate both small and large groups.

“We’re delighted that we’re going to get a new branch,” says Maria Estrella, Woodland Branch Manager. “Our team is excited about the outdoor plaza and the opportunity to provide the community with the best library services possible in a spacious, vibrant, new building. It will be an amazing addition to the community.”

The architects working on Woodland Branch have one crucial concept in mind: flexibility.

“One thing I’ve learned working with libraries is that they will change and evolve with the community,” says Rick Ortmeyer, AIA, principal at Bostwick Design Partnership. “In a branch library, a few rooms are designed to accommodate the full spectrum of humanity, from infants and toddlers to teens and young adults to adults and seniors. A library has to change depending on who occupies it.”

The professionals at Bostwick embrace this challenge and recognize how valuable public libraries are to patrons and communities. After all, Ortmeyer says, libraries have the potential to transform lives.

“Libraries are rewarding because there’s always a direct line of sight between what you’re drawing on the page and the community benefit,” he explains. “Like in health care, miracles happen in the room you’re creating when you build a library.”

The Library is doing its part to help improve lives by giving Woodland Branch a special focus on wellness. The outdoor walking loop is planned to be a third of a mile long, so staff and patrons can track how far they walk. But wellness is about more than exercise. Simply having access to a natural space filled with plants and perhaps a vegetable garden could reduce stress levels, and wellness-oriented library programming will also play a role in the initiative.

“This is an opportunity to create a much more dynamic face for the library branch,” says Jayme Schwartzburg, RLA, ASLA, the principal of DERU Landscape Architecture. “We want to create an outdoor space where people can gather in small groups, where librarians can take kids outside for storytimes or activities, and where larger events could also be organized, such as movie nights or live performances. There’s a sense of the community at the heart of it.”

“I hope the Woodland community will experience this space as an oasis, a sanctuary—a place of respite and calm within an activity community,” adds Bostwick. “This is a place where they can feel at home.”

A Point of Pride

Like many of her colleagues, Library Assistant-Youth Emphasis Kelli Newsom is thrilled about the outdoor classroom and the walking path. Not only will she be able to take healthy walks during breaks, but her young patrons will have a place to play and interact outdoors, which creates new programming opportunities.

“I’m excited for the spaces for kids in the branch,” she says. “Kids need an area where they can relax, play games away from the computer, and elevate their voices without disturbing other patrons—a space where they can have fun together.”

Branch Clerk Shannon Muhammad, who has worked at Woodland since 1985 and has an unmatched perspective of the neighborhood’s history and evolution, sees the new branch as a powerful opportunity.

“By getting a new building, it’s almost like a revival,” she explains. “We’re in this time, with COVID and everything else, where ‘renewal’ is the word of the day whether we want it to be or not. Nothing is the same as it was six months ago, so to get a new branch is an added bonus for the future.”

The new branch will be a point of pride for both residents and staff and will help announce the Library’s presence in the community. Desiree Smith, Library Assistant-Computer Emphasis, has lived in the area since she was in high school, but in those days, she wasn’t aware there was a library branch in this location—likely because the current building is not particularly noticeable from Woodland Avenue. That will change with the bolder and more visible design that’s taking shape for the new branch. In the process, Smith is grateful that Bostwick Design Partnership welcomes staff input.

“Being able to sit down with the designers to hash out what’s going on with the branch has been very helpful,” she says of the Bostwick team. “The contractors and designers are open and receptive to our suggestions. It’s more than paying lip service—they put together plans that took our suggestions into account.”

As the branch manager, Estrella looks forward to the broader opportunity to “provide the community with a branch that is effervescent and welcoming, and that continues to be a welcoming hub for all our neighborhood patrons.”

As part of its comprehensive approach to reimagining Woodland Branch, Bostwick Design Partnership has joined forces with W. Daniel Bickerstaff II, AIA, NOMA, NCARB, founder and principal architect of Ubiquitous Design, LTD. Bickerstaff, known for designing the African American Cultural Garden in the Cleveland Cultural Gardens, also helped prepare a neighborhood plan for the Central neighborhood in 2016. This means he knows Woodland’s community inside and out—and he even has a personal connection to the area, too.

“When my dad moved from the South in the Great Migration, he landed in that neighborhood,” Bickerstaff said. “It was one of the only parts of the city African Americans could purchase homes in Cleveland, and it was a vibrant neighborhood at the time. Now, to give back architecturally with the skills he helped me maintain is a real honor.”

Another bit of serendipity may also be at play in the Woodland design. When Bickerstaff looked at the floor plan, he says he noticed something special: the branch’s footprint appears to take the shape of the profile of Queen Nefertiti. It’s not an element the community might notice on sight, but the spirit of it is present nonetheless.

“Even if it’s not intentional, we can draw from the history of the site and the history of the people, understand how to incorporate those themes, then abstractly enlighten people of their past so they can be enriched for the future,” he says.

Reflecting a community through its architecture is an ideal close to the heart of David Hughes, FAIA, NOMA, an esteemed Cleveland architect and professor of architecture at Kent State University. Bostwick Design Partnership invited Hughes to assist with community engagement, and he has since offered invaluable insight into the neighborhood’s history and culture.

For example, notable figures such as Jesse Owens, Carl B. and Louis Stokes, and Judge Sarah J. Harper are from the Central neighborhood. Hughes also highlights the House of Wills, a historic African American funeral home, along with prominent churches in the area and other significant landmarks. Thanks to Hughes’ work, Woodland Branch will not be built in a vacuum separated from its heritage. Instead, it will be of and for the community and honor the neighborhood’s past, present, and future.

“The most substantive reflection and physical manifestation of the community is its architecture. But what’s happened in the African American community is that we’ve always inherited buildings or spaces. Sometimes we don’t even like what we inherited,” Hughes says. Building a new Woodland Branch therefore gives Cleveland Public Library the rare opportunity to help create a physical embodiment of the community in this part of the city.

“When we engage the community and begin to tell them that they have a great history and legacy here, maybe our architecture will help tell that story,” Professor Hughes adds.

Bostwick Design Partnership has also enlisted the expertise of June Garcia, an international consultant who has worked with public library systems worldwide. Part of her extensive experience includes serving as director of the San Antonio Public Library during the expansion, renovation, or replacement of all its branches, a project comparable to Cleveland Public Library’s efforts to reimagine its neighborhood libraries over the next decade.

“I think the resulting branch is going to be stunning,” Garcia says of the plans for Woodland. “Residents who come to the library for very different purposes—whether it’s for a storytime, to use a computer, to sit and read a magazine, or even to step out of the cold—will all be made to feel welcome in this space.”

According to Garcia, ambitious projects like Cleveland Public Library’s Facilities Master Plan allow staff and patrons to ask big-picture questions about their libraries while respecting the unique nature of each neighborhood and branch. That’s because there’s no one-size-fits-all approach to redesigning libraries across a system—each location has its own character and needs.

While contemplating how to best serve Woodland’s patron base, Garcia has begun facilitating discussions with Library staff about library trends and the branch’s collections. For example, they’re exploring creative solutions for organizing Woodland’s picture books to better help young readers and their parents access reading material. This is just one part of a larger vision for a branch poised to become a transformative part of its community.

“What Cleveland Public Library is doing with projects like Woodland is working to change the perception of what a library is,” Garcia says. “I think residents will be amazed and delighted that libraries in their communities can do so much more than they expected. It’s going to be an exciting place to be—so stay tuned.” 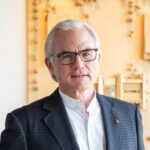 President and Director of Design for Bostwick Design Partnership 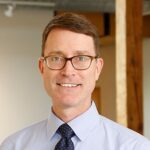 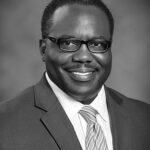 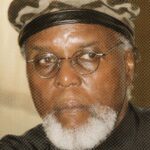 Cleveland Architect and Professor of Architecture at Kent State University