Home Author Visits Paul Beatty: For the Love of Reading

Paul Beatty: For the Love of Reading 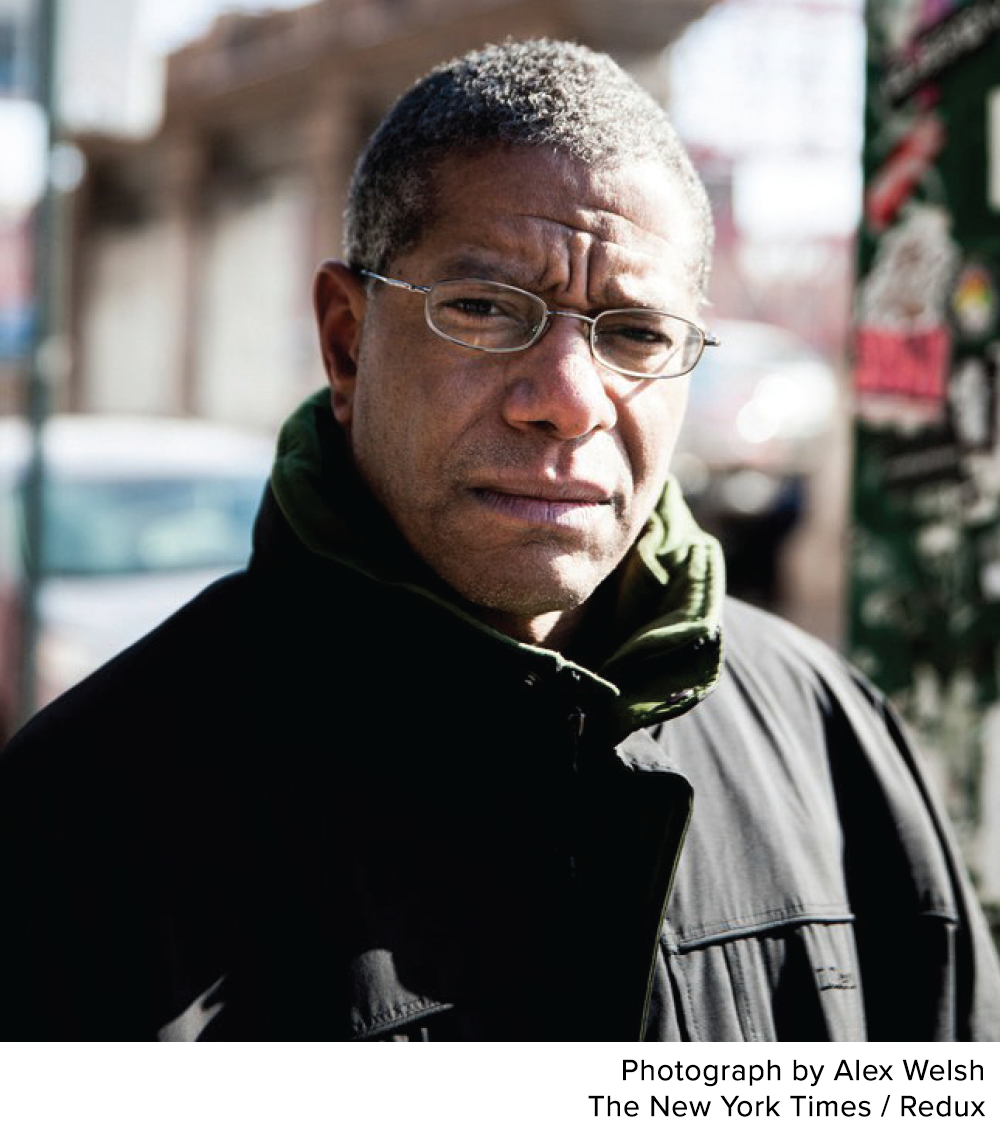 “It started with reading,” Paul Beatty said during his September 22 appearance at Cleveland Public Library as part of the 2018 Writers & Readers series. “I grew up without a television, so [my sisters and I] read the books our mom had. She had a lot of books, thank goodness.”

That early love of reading eventually led to Beatty’s writing career, which so far has culminated with the 2015 publication of his celebrated novel, The Sellout, winner of the National Book Critics Circle Award and the Man Booker Prize. During his event at the Library, Beatty discussed The Sellout, his love of reading, and more in conversation with Dr. Gillian Johns, an associate professor of English at Oberlin College.

Beatty revealed that he didn’t grow up dreaming of becoming writer. Instead, he spent his formative years reading. It wasn’t until graduate school, where he studied psychology but gradually realized he didn’t see himself working as a practicing psychologist, that he first thought to pursue writing.

“Something was happening at the time,” he recalled. “I’d always been a big reader, but I was reading differently somehow, was really contextualizing more . . . All this reading I’d done since I was young was catching up to me somehow. I didn’t start writing, just reading differently.”

Eventually, Beatty told a friend that he wanted to be a writer. Saying those words out loud for the first time made him realize how true they were. He bought a book about writing and applied to Master of Fine Arts programs in creative writing. He landed at Brooklyn College, where the first person he met happened to be Allen Ginsberg. Learning that Ginsberg taught in an MFA program, Beatty said, showed him that even famous writers needed jobs.

“It was a check for me,” Beatty said. “So I started writing.”

Letting the Work Stand on Its Own

Now that Beatty’s work is widely acclaimed, he faces an array of responses, opinions, and interpretations from readers and critics. But he has no desire to direct readers in their reactions to his books.

“I’m not a person who tells people how to read my book. I refuse to do it,” he said. “I try to let the work speak for itself. I once had a professor who said, ‘Hey, you’re trying to do something no one else is doing. People are going to learn how to read you.’ That was empowering but also freeing. I can figure it out on my own.”

Following his own vision has led to richly layered works like The Sellout, which many critics have described as satire, a term Beatty hasn’t always embraced because he considers it limiting.

“I don’t write trying to be funny. I’m not a joke teller. I’m also not trying to be unfunny, but to call something satire implies [a lot],” he explained. “The power of that word is that we don’t really talk about what we mean when we say it.”

On Difficulty and Identity

Beatty’s approach throughout this interview and many others—remaining forthright, baldly honest, real—has earned him a reputation in some corners, as Dr. Johns lightly put it, for being “difficult.” Beatty didn’t flinch at this description but instead gave it some thoughtful consideration.

“I guess I am difficult, but I don’t have a problem with being complex. I just don’t. Other people might have that [problem], but I can’t help that. For me, I’m trying to do challenging things,” he said. “I’m in this position of trying to make myself understood without caring whether someone understands.”

When someone does understand, however, Beatty just might take notice. He relayed how years ago, a reader said he loved Beatty’s work because, unlike that of other authors, it didn’t function as a mirror for his own experiences. The reader said, “I love your books because I open them up and I don’t see myself in them.”

“He reminded me of how I read,” Beatty told the audience at the Library. “I’m not looking for myself in a book. I read for all the [other] reasons I’m captivated. I just love that he said that.”