Of Cabbages and Kings: Eastman Branch Builds on a Strong Foundation

A bronze walrus statue stands outside Cleveland Public Library’s Eastman Branch at W. 116th and Lorain Avenue. Known affectionately as “Wally,” the sculpture has presided over Eastman since 1980, the year the building opened, and bears an excerpt from “The Walrus and the Carpenter” by Lewis Carroll:

‘The time has come,’ the Walrus said,
‘To talk of many things:
Of shoes — and ships — and sealing-wax —
Of cabbages — and kings —
And why the sea is boiling hot —
And whether pigs have wings.’

Eastman’s history, however, stretches beyond Wally and back to 1947, when the neighborhood library opened a block east of its current location on Lorain Avenue. The branch was named in honor of Linda Anne Eastman, who served as Head Librarian of Cleveland Public Library from 1918-1938 and was the first woman to lead a large public library system. (To learn more about Linda Eastman, see the slideshow at the end of this article.)

Now, more than 40 years after the current Eastman Branch opened its doors, the branch will undergo renovations as part of the Library’s Facility Master Plan to ensure Linda Eastman’s legacy—and Wally’s home turf—continue to serve the community well into the future.

The branch’s mural of the Cudell neighborhood, Universal by Peter Paul Dubaniewicz, will be relocated within the branch so it will be visible from the street. Planned exterior improvements include a new bike rack as well as improved seating to provide better access to the Library’s wifi after hours. Architects are also exploring ways to bring more light into the branch and to soften the appearance of the exterior brick wall along Lorain. Finally, Wally will remain at Eastman, thus preserving an essential part of the branch’s spirit.

That spirit, coupled with input from the community, has been a key consideration during the design and planning phase of the renovation process.

“The Library has a connotation of being associated with books and learning materials, but it goes far beyond that,” says Rob Donaldson, AIA, NCARB, LEED AP BD+C, Fitwel Ambassador, Senior Associate and Project Manager at Mood Nolan, the architectural firm spearheading the renovation process. “When people need assistance, the library is first place they go. These close, personal relationships show how vital a library is to the community.”

Isoke Miller-Harris, NCIDQ, Interior Designer at Moody Nolan, explains that the renovations will improve the branch’s accessibility and layout, all while keeping Eastman’s unique needs in mind.

“The branch is already very open, but we’ll have a better organization of the space. The circulation desk will be right where you walk in, and the computer stations will be a bit more broken up, with four computers per pod. We’re also adding more soft seating so people can lounge and read,” she says. “No two branches [within the Library system] are the same, so this work is very community-specific. We’re giving the community what they deserve and what each branch deserves.”

For Darell Nelson, Project Coordinator at Moody Nolan, working on Eastman and other library branches is personal.

“I grew up in the Cleveland area—I used the Harvard-Lee Branch—so this part of my profession means a lot to me,” Nelson says of working on Cleveland Public Library projects. “These renovations are meant to allow people to actually use the library space as they’d most like or need to. I feel like I’m giving back.”

Branch Manager Jamie Lauver, who come aboard in May 2020 following the retirement of longtime manager Ken Knape, grew up patronizing Eastman at its former location a block away. Serving as Eastman’s manager is therefore a homecoming for him, even as the COVID-19 pandemic presented some roadblocks in the early days of his tenure.

“I look forward to the time after COVID to be able to resume programming,” he says. “Book clubs, programs for seniors, and programming regarding health care, personal care, finances—anything we can offer to the community, because they’ve been so supportive of us.”

As the renovations move forward, Lauver is particularly looking forward to the addition of new meeting rooms, which he says will be an asset to the community. Otherwise, his hopes for the reimaged branch include more visibility.

“There are a lot of people in the area who might not know we’re here,” he says. “They drive by and don’t see us. I hope we will be more visible so we can invite them in and provide a place where they want to spend time.”

Branch Clerk Mickey Torres, who has worked at Eastman since 1989, is one staff member who certainly knows the branch inside and out. Torres can recall the days at the library before CDs, DVDs, CLEVNET, and the internet. It was a time, she says, when the book drop was always filled to the brim.

“In the mid-90s, everything changed,” she recalls. “Computers changed everything, and you could order books from anywhere [through CLEVNET]. The book drop is not as full as it used to be, but now we have computer classes, lunches for kids, and so much more.”

During her decades working at Eastman Branch—when she retires from Cleveland Public Library at the end of November 2021, she will have served the branch for 32 years—Torres has collected many fond memories. She recalls Harvey Pekar putting on a program at the branch, having her picture taken with Slider during a library visit, and the days when Dennis Kucinich was a regular patron. She also sang as a soprano for years in the Cleveland Public Library choir, which performed Christmas concerts every year.

Most of all, she’s seen many patrons grow up, some of whom stop by decades later to say hello. That’s because Eastman is not only a place to pass the hours—for many, it’s a second home.

Judy Moore has patronized Eastman for years. Together with her twin sister, June, she checks out stacks of books each week.

“Since about the second grade, I’ve been a reader,” Moore says. “I’ve always read; I can’t think of a time that I haven’t. I like it here in Cleveland because there’s almost a library on every corner.”

Despite Northeast Ohio’s embarrassment of library riches, Eastman is Moore’s top pick, in part because the staff are friendly and “will help you with anything you need.”

Olga Gonzalez, a loyal Eastman patron for more than 30 years, also has high praise for the staff. She commends Lauver for his professionalism, positive attitude, and the respect he shows patrons. She also recalls how Torres helped her find books on pregnancy back when she was expecting. Gonzalez says her son, now an adult who works at NASA, learned to play chess at Eastman and remains fond of the branch today.

“My son was born and grew up with Eastman,” Gonzalez says. “It was his home away from home.”

Now, as a pre-K teacher, Gonzalez strives to impart her own love of reading to the children she teaches.

“My programs are all based in literacy because I love books, and I want to teach my kids to love books,” she says. “I tell them that books are their best friend. No matter what kind of mood they’re in, if they’re sad, or happy, or want something silly, there is a book waiting for them.”

As president of the Westown Community Development Corporation (WCDC), Rose Zitiello knows just how valuable Eastman Branch is to the community.

“Number one, it’s centrally located,” she says. “It’s a beautiful facility, and it will be even more beautiful after the renovation. It has easy access and parking, and the staff is fabulous. Any time we have an opportunity for special programming grants, we have worked with Eastman [to support library programs]. And in a community with a pretty significant digital divide, our library is such an important asset.”

Eastman is indeed an indelible part of the community. In recognition of that fact, the WCDC created a seat on its board for Eastman’s manager. Additionally, Zitiello points out that the branch’s upcoming renovations can complement the broader Lorain Avenue Master Plan.

“There’s an opportunity to tie in the library renovations with streetscape improvements,” Zitiello says. “Creating more of a gateway to the branch’s front entrance—such as possibly through landscaping—is important. We think there’s an opportunity for the Library to make an impact here.”

Making an impact is what the staff at Eastman are working toward every day, and the upcoming renovations will only support that mission. Whether it’s lending materials to bookworms, closing the digital divide, or simply brightening a young patron’s day with a visit to Wally, Eastman will be here, better than ever, for years to come.

Eastman Branch is located at 11602 Lorain Avenue. Renovations are tentatively expected to be complete by the end of 2022. 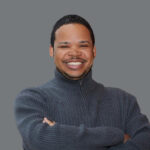 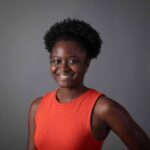 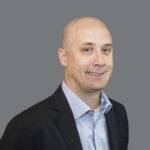