On a January afternoon at Cleveland Public Library’s East 131st St. Branch, three teenagers show off the clothing and accessories they crafted from recycled materials. Amari Fountain, 15, dons a plastic poncho trimmed with newspaper comics while Brittani Morman, 13, wears another poncho with pockets fashioned out of potato chip bags. William Sweeney, 15, meanwhile, puts on a playful wig made out of curled strips of newspaper.

The teens pose for the camera, adjust one another’s clothing, and laugh with each other and the library staff. But as much fun as they’re having, they’re together that day not just to joke around— they are the Corlett Volunteens, members of a pilot program that gives teenagers the agency to create library programming and make their community a better place. In the process, they’re gaining important leadership and professional skills.

“Volunteens changed how I see myself,” Amari says. “Before, I wasn’t involved in much, and now I’m much more involved in things.”

Karie Felder, a branch clerk who works with the Volunteens, points out that members have the opportunity to explore their own talents.

“A lot of them like to read, so they’ve started a book club. They’re also working together to put on a newspaper fashion show,” she says. “We want to put them on a positive path, and programs like this can help with critical thinking and help them prepare for college.”

The Corlett Volunteens’ official mission is to volunteer to make the community a better place; create and design programs to implement at the library; facilitate library programs; assist patrons; and research and write grants for programs.

“We’re trying to change the community,” explains William. “We want to add more programs at the library, like a dance program to help kids de-stress. Or if kids have a problem at home, they can come here to talk about it.”

As Volunteens, young library patrons exercise their leadership potential by taking on specialized roles. Amari, for example, is the group’s Coordinator and Grant Writer, Brittani is the Supervisor of the Performing Arts & Walking Club, and William serves as Secretary and Treasurer. Additional members include Zyare Acoff, Supervisor of Technology and Podcasts, and Janyce Belton, Supervisor of the Culinary Arts & Garden Club.

The Volunteens hold formal meetings at the branch biweekly. Janyce, 13, says being a part of the group has taught her how to garden and build things, such as a dollhouse made from cardboard. She has plenty of additional ideas for future projects, too.

“I’d like to do a cooking challenge with different age groups,” she says, “where the older kids help the younger kids.”

“When I first started as manager last year, I noticed that a lot of our kids had leadership qualities they didn’t know what to do with, so they were testing the adults,” Marina says. “I called a staff meeting and said that things need to change—we need to help these kids develop those leadership qualities into something positive.”

The Volunteens program kicked off in the fall of 2019 and has already proven to be a successful new offering for youth. Believe it or not, it all began half a world away in Israel—yes, Israel.

From Israel to Cleveland

In recent years, Cleveland Public Library has established a relationship with the library in Cleveland’s sister city of Beit She’an, Israel. In 2018, staff traveled to Israel as part of a trip supported by the Jewish Federation of Cleveland to learn more about Beit She’an Library’s unique youth development initiative called the Beehive. Through the Beehive, teen volunteers not only are empowered to create and manage library programs, but they run the entire library themselves.

Discussions and workshops with teens at East 131st St. Branch proved lively and educational. While the teens discussed the differences between Cleveland and Beit She’an, they also found common ground in everything from their preferred social media platforms (Instagram and Snapchat, definitely not Facebook) to their ability to assume leadership roles within their respective libraries.

At one point, however, the conversation caught Marina off guard. When Tomer and Noam asked the Clevelanders about their dreams, some of the teens said the unthinkable—that they didn’t have any dreams.

“It was sad,” Marina recalls. “It made me really think about how we as adults are not asking them to dream. We need to engage with our youth and learn what they want to do.”

Fortunately, the visit encouraged the Cleveland teens to view themselves, their community, and their neighborhood library in a new light. Tomer and Noam prompted their Cleveland counterparts to consider how they might want to take on leadership roles within Cleveland Public Library. They also offered tips for recruiting, interviewing, and retaining new volunteers. Ultimately, they confirmed that the Beehive’s mission could also be brought to life right here in Cleveland.

“The main point of our delegation to Cleveland is to see if there are any similarities between Beit She’an Library’s volunteer model and here,” said Noam. “After observing all the children working together—very beautifully, by the way—I can definitely say that our model can fit here.”

The newfound friendships between the Beit She’an and East 131st St. teens didn’t fade after Tomer and Noam returned to Israel. Today, the teens stay in touch via social media, with Tomer and Noam offering encouragement and guidance from afar.

“Our teens have so much to offer,” Marina says. “They were just never given a chance before. The Beit She’an delegation helped our teens develop confidence. That visit taught them they can be leaders and be responsible for things they never dreamed they could be.”

Marina stressed that for a youth development program to be successful, it’s imperative to have buy-in from library staff. In particular, she credits Branch Clerks Cathy Jennings and Karie Felder, along with Library Assistants Carla Carraway and Cherita Vaughn and other staff, for helping the Volunteens fulfill their mission.

That support is already paying off in tangible ways. Only a few months into the program, the Volunteens applied for and won their first grant—$1,000 from MyCom—to support their book club. The Volunteens select the titles (they recently enjoyed Dear Martin by Nic Stone and The Sun Is Also a Star by Nicola Yoon) and have attracted upwards of 20 members.

“This program brings people together in a positive way,” says Cathy Jennings, branch clerk who helps the Volunteens. “Libraries are safe spaces for kids, and programs like this help them prepare for the future.”

As closing time approaches at East 131st St. Branch, Amari, Brittani, and William put away their newspaper fashions and prepare to head home. But before they go, perhaps they could answer one last question: What are their dreams? The teens don’t hesitate.

“I want to major in IT and work in technology,” William says. “I’d like to become an entrepreneur,” says Brittani, “or maybe an actress.”

“And I want to be an engineer and work for NASA,” Amari adds. It seems the Corlett Volunteens have no shortage of dreams— and with the support of the Library, the staff, and some new friends in Israel, all those dreams and more just might come true.

The Latest News for Families from the Library 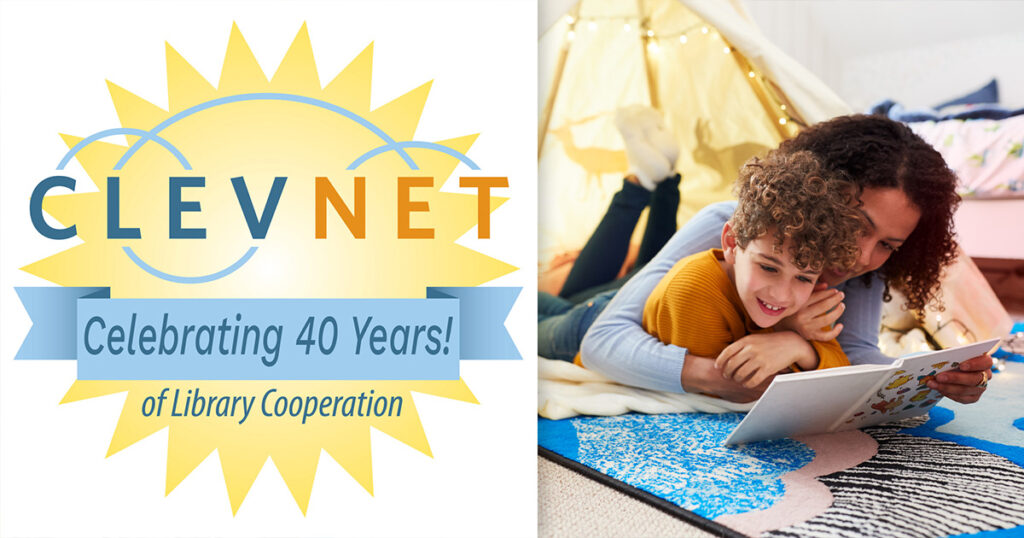 December 1, 2022
For over 40 years, CLEVNET has demonstrated the power of cooperation and shared expertise by connecting Northeast Ohio users to a collection of shared materials …
Read More 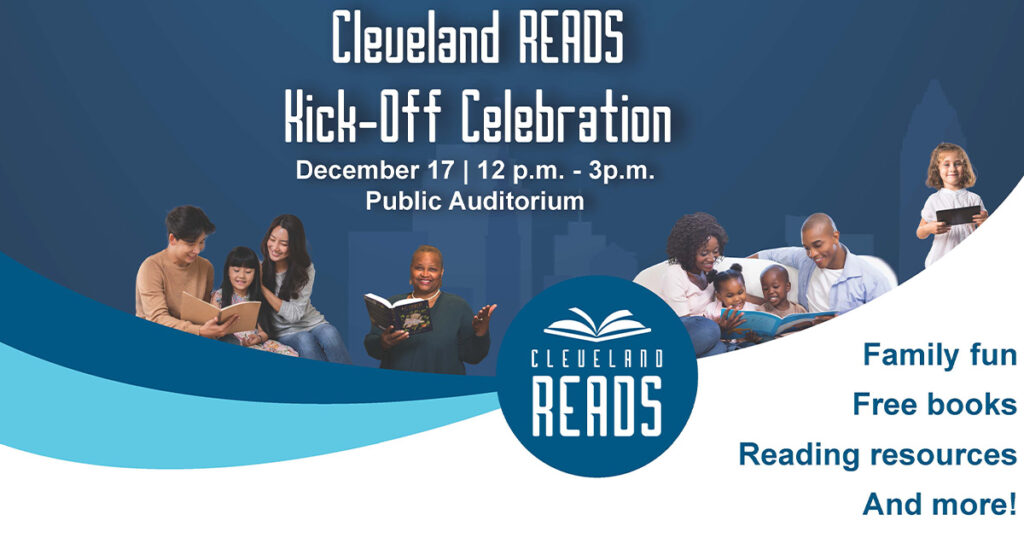 November 30, 2022
A city that reads together grows together. That’s the purpose behind the Cleveland Reads Citywide Reading Challenge. The goal is for the entire city to collectively …
Read More 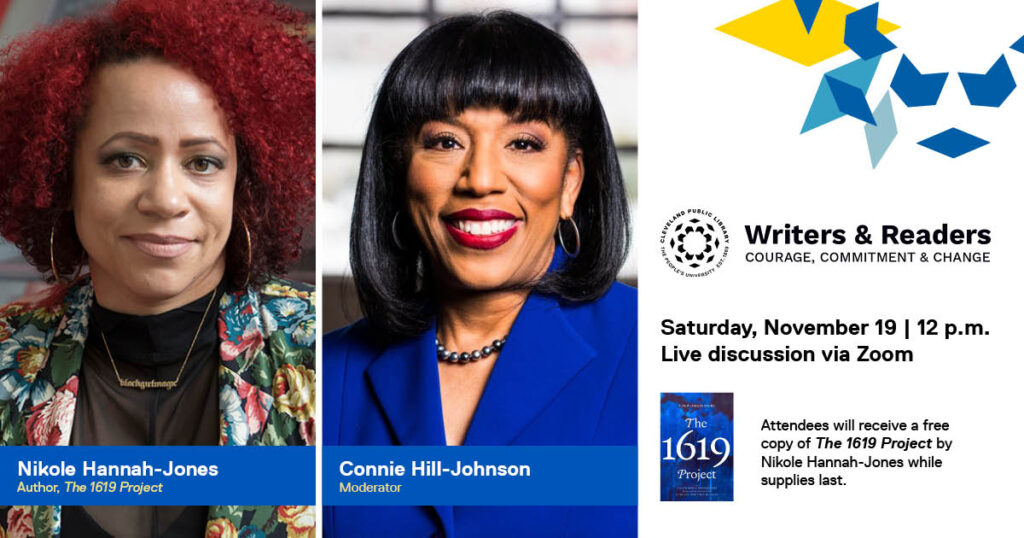 October 31, 2022
Pulitzer Prize-winning journalist Nikole Hannah-Jones will close out the 2022 Writers & Readers series on Saturday, November 19 at noon via Zoom. Attendees will receive a …
Read More

October 31, 2022
Our future is building at the all-new Hough Campus. The Library will host a candid conversation with world-renowned poet Nikki Giovanni on Saturday, November 12 at …
Read More