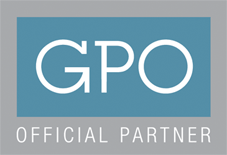 The Public Administration Library (PAL) is a department of the Cleveland Public Library located in City Hall. Established in 1912, it is one of the oldest municipal reference libraries in the country. The department serves the reference and informational needs of city government officials and the public through a comprehensive collection of books, documents, periodicals, and serials on every phase of municipal government. The Public Administration Library is the official depository of all city publications and reports, and houses the most complete collection of material on Cleveland city government available anywhere.

The Model Cities program, President Lyndon B. Johnson`s answer to the urban riots of the 1960`s, was geared towards solving the problems of America`s inner cities: rising crime, inadequate housing, declining education, and high unemployment. Included in this microfiche collection are Model Cities program applications to HUD, and various studies and reports from approximately 250 United States cities.

The Department contains the most extensive collection of municipal ordinances available in the city. The collection concentrates on Cuyahoga County cities and villages, and ordinances from major cities in Ohio.

This series indexes and provides full-text access to local government reports collected from more than 350 jurisdictions in the United States and Canada. PAL owns the print version of this title for the period 1982-2003/4 (vols. 10-32). Coverage ranges from budgets and financial reports to architecture & planning documents, master plans and board proceedings. The reports were collected from local government agencies, civic organizations, academic and research organizations, public libraries, and metropolitan and regional planning agencies. The index is helpful in tracking down information on topics that affect cities, from hazardous waste disposal to arts in the community. (Note: Reports collected from 2000/2001 (v.29) to the present are included in the Index to Current Urban Documents database.)

As a congressionally-designated federal depository, the department selects a small percentage of publications originating from the federal depository program’s basic collection of documents that are readily-available.