July 14th is Bastille Day, the national holiday of France. Bastille Day commemorates the storming of the Bastille fortress and prison by ordinary citizens on July 14th, 1789, an event held by historians and French Citizens to mark the birth of the French Republic and the beginning of the French Revolution.

For over a thousand years France had been ruled by kings and nobles, who vied with each other for political power. After the rise of the Bourbon Dynasty at the end of the 17th Century, however, political power was solidified around the king, who ruled as an Absolute Monarch. This system, sometimes called Rule by the Divine Right of Kings, granted the king total power over all of his subjects, from the peasantry, to the church, and even the nobles, who the king summoned to live with him in Paris under his close watch and to keep them dependent upon his favor. This system prevailed under the leadership of strong kings like Louis XIV, but in 1774 Louis XVI became king. Louis lacked the innate power of his forebears and was unpopular with the people of France. Royal popularity improved somewhat after his marriage to the princess Marie Antoinette of Austria, but even her reputation suffered as news spread of her lavish lifestyle, and suffered even further after she was implicated in a fraud scheme involving a diamond necklace worth roughly $14 million today. As famines and food shortages wracked France, the lavish, expensive lifestyles of the Royalty and the nobility were increasingly difficult for the people to swallow. 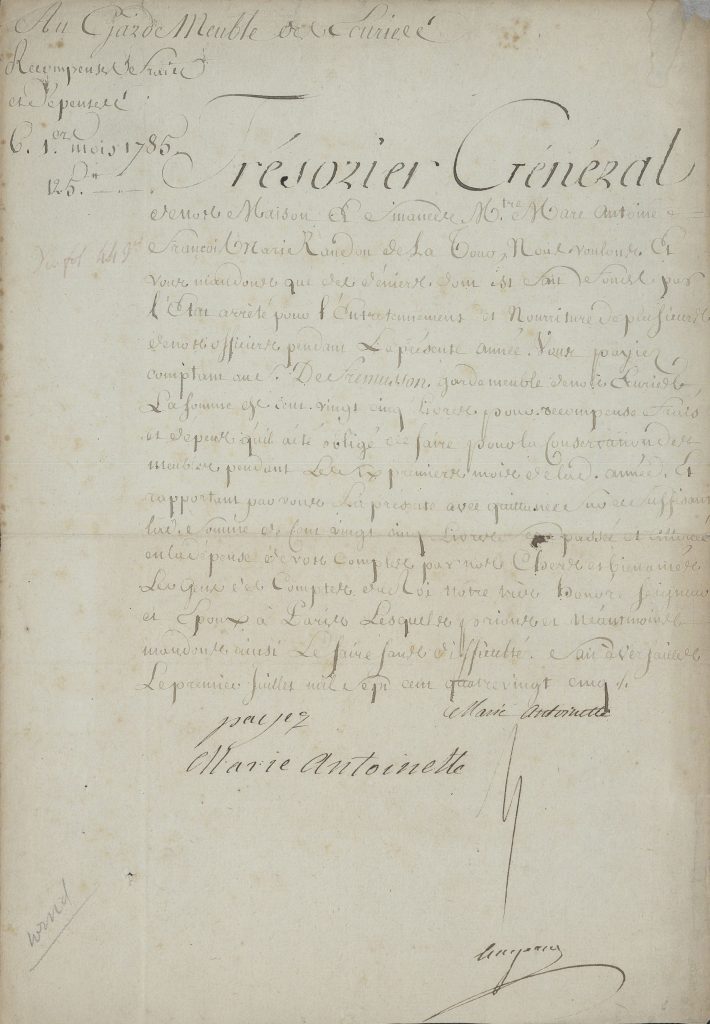 These problems came to head in the summer of 1789. Angered by food shortages and crushed under the weight of the national debt, the common people sent deputies to voice their concerns to the King’s government, but their demands were repeatedly ignored. In response, this group bound together with some dissatisfied members of the clergy and the nobility to form The National Assembly, and refused to be dismissed until their demands for control over taxation, new voting rights, and the creation of a constitution limiting the power of the king and the nobility were met. At first Louis gave in and it seemed that he was willing to cooperate, but after the sudden death of his son on June 14th he grew increasingly uncooperative. As soldiers began to arrive outside of Paris, rumors spread of plans to forcibly expel the National Assembly.

On Sunday, July 12th, the King dismissed his Financial Minister Jacques Necker, who had been a supporter of the National Assembly. Word of Necker’s dismissal spread rapidly, and by evening armed groups had assembled in the city and began to dismantle the most oppressive symbols of Royal tyranny: prisons, toll booths, and arms depots. On Monday a monastery was raided, its hoarded stores of grain distributed to the hungry populace.

On July 14th a group of armed citizens approached the Bastille, a large medieval fortress that had recently served as Paris’ most infamous prison, demanding entry. The crowd misheard the instructions of the prison guards, and when they tried to enter the Bastille the guards opened fire from the battlements. Though the soldiers managed to kill nearly 100 while suffering only one loss of their own, their lack of food, water, and ammunition forced them to surrender after the main gate was blown open with cannons stolen from a military hospital elsewhere in the city. The Bastille was taken. 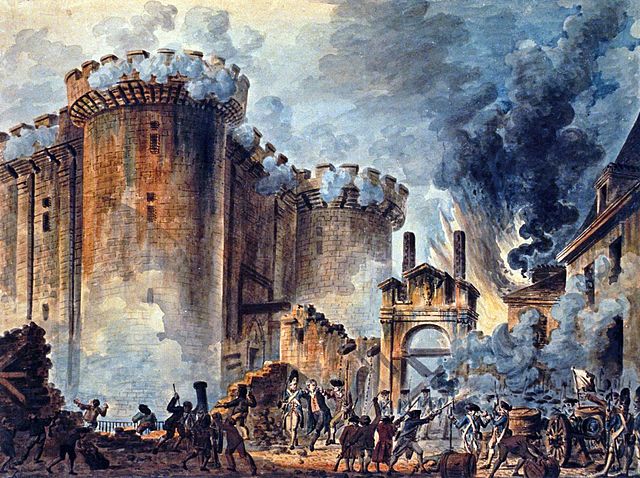 Perhaps the most important immediate effect of these events was the change in the loyalty of the military. Many of the prisoners freed between July 12th and 14th were soldiers who had been imprisoned for failures to fire on crowds of their countrymen. Their release at the hands of the people strengthened the bonds between the soldiery and the revolutionaries, a shift in loyalty further emphasized by the number of soldiers who continued to stand down or switch ranks over the course of the weekend. Not all did, of course: the commanders at the Bastille were killed by the mob and carried as trophies through the streets, and the cannons that were used against the Bastille were seized after the soldiers guarding them were lynched. Many soldiers did, however, throw in their lot with the commoners, who made up 98 percent of the population and with whom they had more in common than their feudal overlords.

The illusion of his absolute authority shattered, Louis XVI, never recovered his grip on power. The king and his family’s grip on power was weakened considerably under the new constitutional system instituted by the National Assembly. Desperate, the king and his family attempted to flee to seek support from their allies in Central Europe in 1791, but they were intercepted and lead back to Paris in disgrace. The National Assembly abolished the Monarchy the following year.