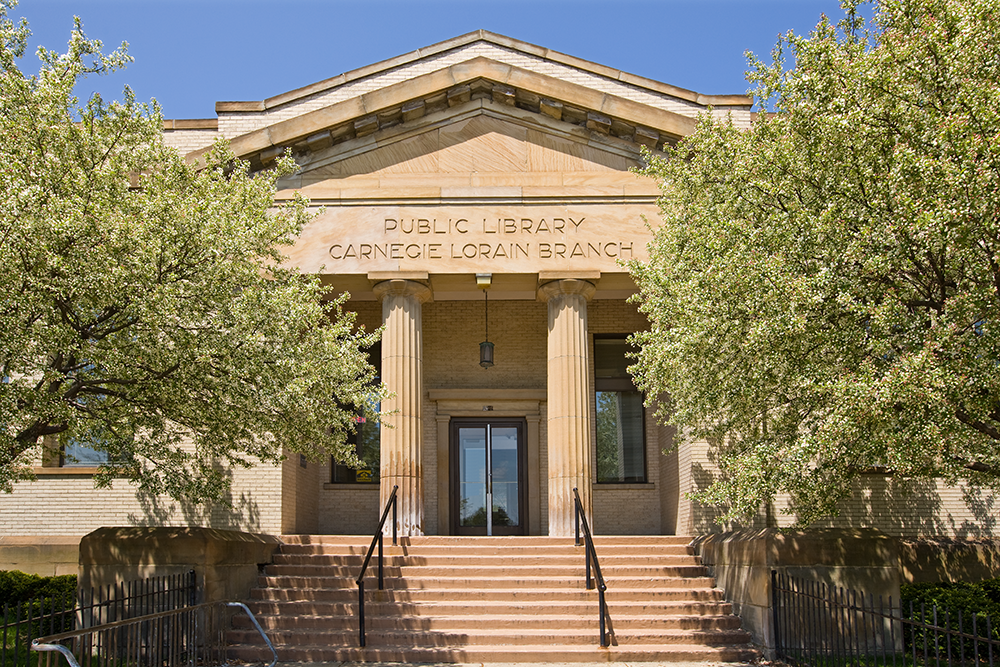 Cleveland Public Library is embarking on an ambitious, multiyear capital project to revitalize its neighborhood branch libraries and ensure its facilities are safe, accessible, and positioned to serve the Cleveland community well into the future. Additional branches will follow on a rolling basis throughout the spring and summer of 2018. The Library will seek feedback from within each branch’s community to determine what additional improvements—such as configuring the interior space, making cosmetic improvements, considerations for new technologies, and more—might benefit the branch.

The ten branches impacted by this maintenance work include Lorain, Glenville, Jefferson, Harvard-Lee, Carnegie West, Addison, Fulton, Langston Hughes, Rockport, and Collinwood, each of which will close during the renovation process. Most branches are expected to close for approximately six to nine weeks

Changes for Lorain Branch will focus on:

While this branch is temporarily closed, the nearby Walz and Eastman branches are currently open and ready to serve library patrons.