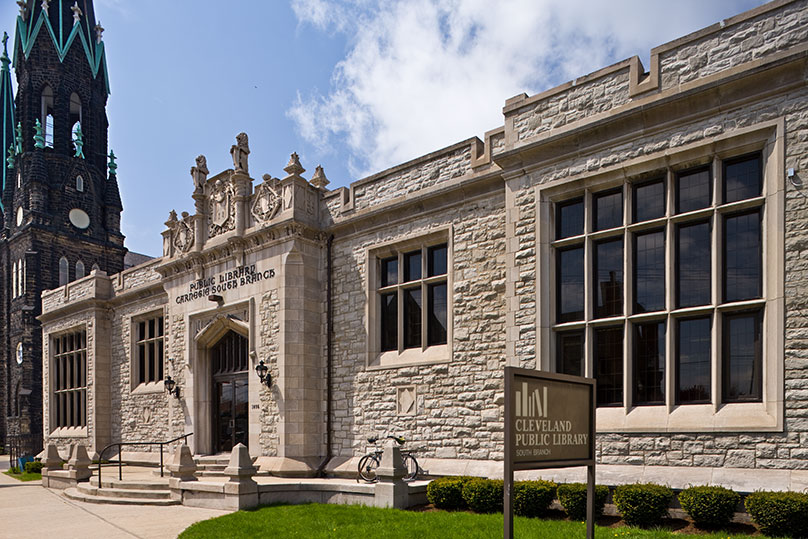 The South Branch building’s history stretches back to 1911, when it was constructed with funds gifted by Andrew Carnegie. The building’s stone exterior and striking façade, combined with its interior woodwork, built-in shelving, skylight and fireplace, made South Branch an attractive, distinctive facility that was much beloved by its community. After more than a century of use, however, the building suffered structural and mechanical failures. In 2013, Cleveland Public Library was compelled to close the building and temporarily relocate the branch to 2704 Clark Avenue. 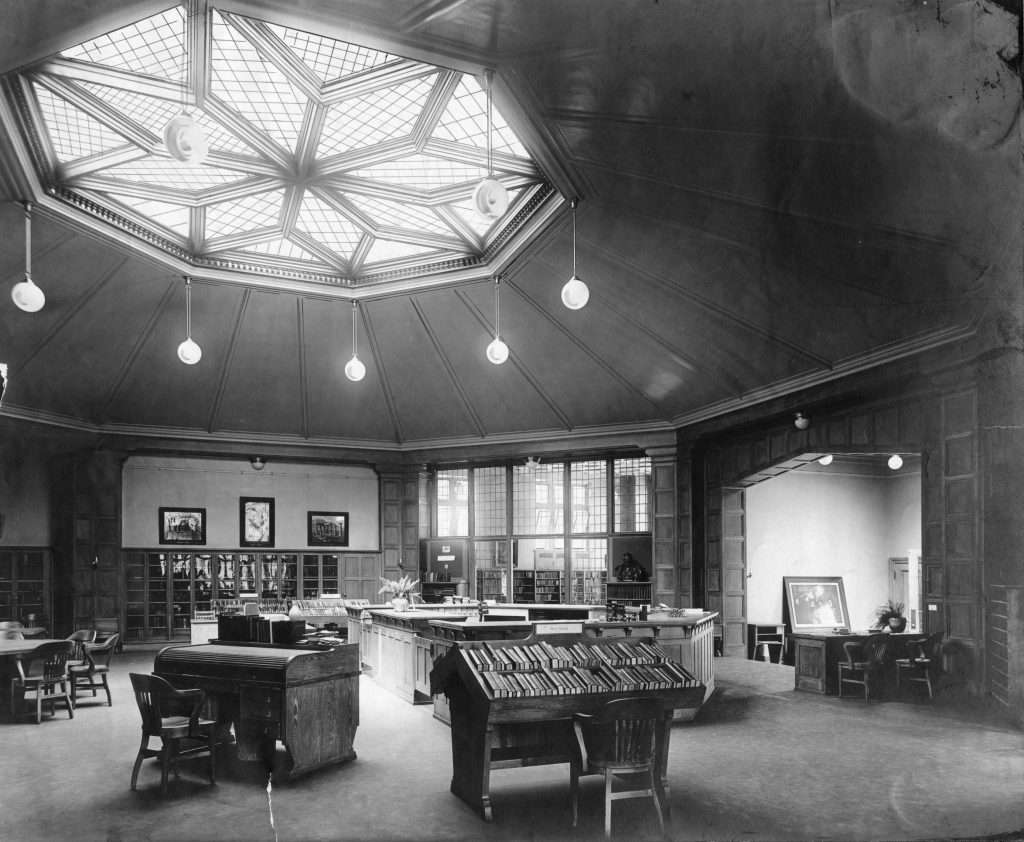 In the years that followed, the Library invited community input regarding the future of South Branch. After embarking on an extensive process to consider how to best serve this community, the Library’s Board of Trustees resolved to preserve, restore, and update the historic South Branch building rather than build a new branch, a decision many residents celebrated.

“We were thrilled with the public process that led to the determination to return the library to the corner of Scranton and Clark,” says Cory Riordon, Executive Director of the Tremont West Development Corporation. “The community was involved from the get-go in this process, and it was clear that this was the library’s rightful place. This historic building is a cornerstone in the neighborhood, and we’re excited this cornerstone will be returned to the community and services will resume at the branch.”

“This process has been worth the wait. We’ll have a nearly 110-year-old library that has all the amenities of a 21st century library,” adds Jaime Declet, Manager of South Branch. “It’s remarkable that the community members voiced their opinions and their needs, and that the Library was able to respond by saving a historical building. That corner of Scranton and Clark wouldn’t be the same without a library—a library helps bring life to that part of the neighborhood. We can’t wait to be back.” 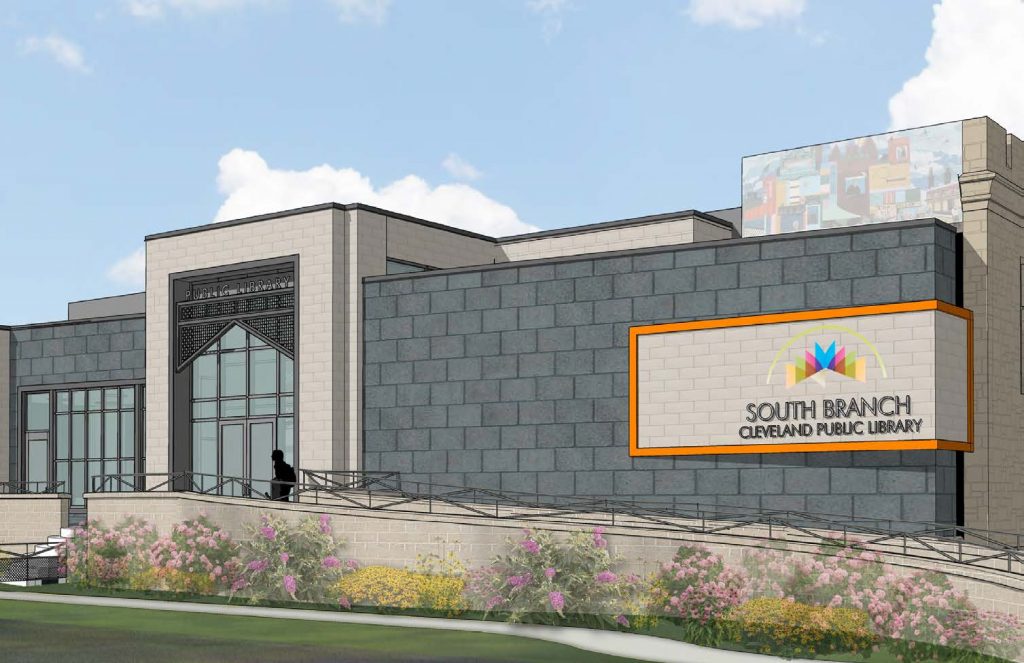 The stone façade at the original entrance on Scranton Road has been preserved, and a new addition extending to Clark Avenue offers a second entrance that will be fully ADA-compliant. Inside, the beautiful woodwork and wooden perimeter shelving were retained and restored, along with the original fireplace and a restored skylight feature. The branch will be expanded and updated to include quiet study rooms, separate areas for teens and children, a sound studio, fully accessible restrooms, and a computer bar located at the historic Carnegie desk. A new, larger meeting space with a capacity for fifty people will be a particular asset to the neighborhood, and an option for after-hours access means community groups may use this space outside of the library’s standard operating hours.

HBM Architects led the design and restoration process. Community members applauded efforts to preserve the character of the original structure while updating and improving its facilities.

“I am so excited that the Cleveland Public Library board and staff supported restoring and renovating our historic Carnegie South Branch library,” says Sandy Smith, a Tremont resident and member of the South Branch Advisory Committee. She praised the renovation work and suggested the restored branch could play a role in unifying the neighborhood.

“The architects were able to save many of the aspects that brought such character to the building—such as the beautiful wood trim, the fireplace, the skylight and the book cases—and incorporate all of it into the new design while also incorporating additional access to outlets for laptop and phone charging, dedicated areas for younger children and teens, and quiet study areas,” she says. “The design is open and inviting, and the fact that there now will be two entrances, one on Scranton and one at the rear of the building off of Clark, helps bridge the gap between the two parts of the neighborhood—Tremont and Clark-Fulton—that use and love the library.”

South Branch will reopen on Saturday, December 1 with a ribbon-cutting ceremony and celebration from 12:00 p.m. to 5:00 p.m. For more information, contact the branch at 216-623-7060 or email South.Branch@cpl.org.