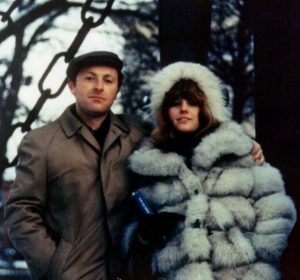 “Brodsky Among Us appears to have been written in a single exhalation of memory; it is frank, personal, loving, and addictive: a minor masterpiece of memoir, and an important world-historical record.” —The Nation

Join author Ellendea Proffer Teasley as she discusses her memoir detailing her longstanding friendship with the renowned poet and Nobel laureate Joseph Brodsky. Brodsky Among Us reveals how the underground Soviet poet escaped to America and became the first Russian-born Poet Laureate of the United States as well as the recipient of the Nobel Prize for Literature. Proffer Teasley’s portrait of Brodsky is honest, intimate, and revealing, factors that helped make it a runaway bestseller in Russia. Now, two years after the Russian translation was published to great acclaim, Brodsky Among Us has made its much-anticipated English debut.