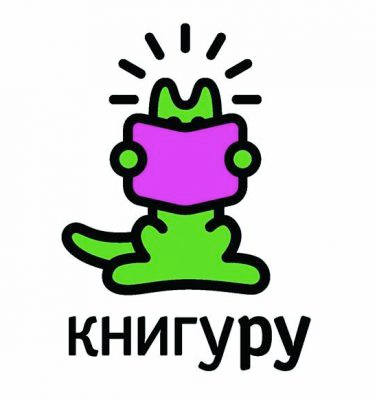 CLEVELAND, OH—A prestigious Russian book award for children’s literature is debuting in the United States with a kick-off event held at Cleveland Public Library’s Memorial-Nottingham Branch on October 7. As the only book contest for children’s literature judged by young readers directly, Kniguru in America will offer youth ages 10-21 the opportunity to review Russian-language books and vote for winners online.

Kniguru launched in Russia eight years ago to encourage youth to read the latest Russian literature, to promote the publication of contemporary books for young people, and to foster better reading and writing habits among children and teens. The contest recently expanded into the U.K. and in the Czech Republic, and Spain and Bulgaria may also join with their own contests soon. This year, Cleveland Public Library is partnering with Kniguru to help bring this contest to the United States for the first time.

“A contest is the best way to find promising material and put it in front of readers,” says Georgy Urushadze, Director of the Bolshaya Kniga book prize in Russia and Co-Founder of Kniguru. “Kniguru is the only contest in the world where hundreds of children and adolescents vote online to decide the fate of a text.”

Kniguru not only helps young readers develop their reading and writing skills, but it also bolsters the Russian publishing industry and calls attention to books that might otherwise be overlooked. According to Urushadze, the majority of eligible books for review are unpublished manuscripts.

Participating U.S. students may choose from dozens of novels and nonfiction books written for readers ages 10-16. All books are in Russian, and eligible students must either speak or study Russian. Students may compose their reviews in either Russian or English, or they may elect to submit their reviews as podcasts, videos, or other creative formats. Students may enter individually, as part of a group, or with their families.

“This is a prestigious award,” says Victoria Kabo, Cleveland Public Library International Languages Librarian who serves on the contest jury and who helped forge the partnership with Kniguru. “Families in the United States who want to stay in touch with their Russian culture will benefit by participating in this contest. It’s a big honor for Cleveland Public Library to be a part of this award.”

Kabo adds that Cleveland Public Library maintains an extensive collection of Kniguru award-winning books in Russian, perhaps the largest such collection in the country.

The October 7 kick-off event will be held from 3:00 p.m. – 5:00 p.m. at the Memorial-Nottingham Branch of Cleveland Public Library. This event will be primarily conducted in the Russian language and will feature special guests including Urushadze, Russian authors, select Kniguru jurors, and participating children.

The deadline for the inaugural Kniguru in America contest is October 31, 2017. Up to three winners in each category (individual, family, and group) will be announced in November. Winners will receive certificates, autographed books, electronic readers, and subscriptions to electronic libraries.