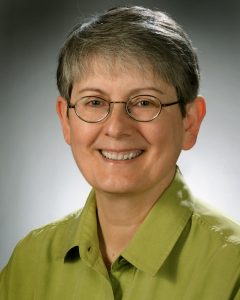 Following a decade of exemplary service, Cindy Lombardo, Deputy Director and Chief Operations Officer of Cleveland Public Library, will retire effective January 12. Ms. Lombardo held a variety of leadership roles during her ten years of employment with the Library, including six years as Deputy Director.

“Throughout her tenure at Cleveland Public Library, Ms. Lombardo helped guide our mission with intelligence, creativity, and heart,” says Felton Thomas, Jr., Executive Director. “On behalf of the Board of Trustees and our staff, I’d like to extend sincere gratitude for her fine work and our best wishes for retirement. She will be sorely missed.”

Ms. Lombardo joined Cleveland Public Library in January 2008 as the Head of Main Library. She also served as Public Services Administrator prior to her promotion to Deputy Director in January 2012. Throughout this time, she was instrumental in nurturing staff members’ careers, bolstering employee engagement, strengthening the relationship between branch libraries and the Main Library, and assisting in major initiatives, such as the launch of the TechCentral department. Additionally, she served on numerous boards and committees on the national and international level, including the Caldecott and Newbery Medal Award Selection Committees, the Ohio Public Library Information Network (OPLIN) Board of Trustees, and the International Federation of Library Associations and Institutions (IFLA) Standing Committee, among others.

“I’m very grateful to have the opportunity to spend time at Cleveland Public Library, an institution that does tremendous work,” says Ms. Lombardo. “As public libraries face a time of reinvention, I look forward to watching as the Library continues to seek ways to improve its efficiency and effectiveness, to be bold and innovative, and to take risks.”

“It’s a true honor to have served this fine institution,” she says. “I consider my time here at Cleveland Public Library to be the capstone of my career.”