The Cleveland Humanities Festival is a collaborative effort celebrating the region’s great cultural institutions dedicated to humanistic inquiry. Coordinated by the Baker-Nord Center for the Humanities of Case Western Reserve University, this year’s festival partners with museums, educational institutions, and arts organizations to explore the theme of “nature” from a variety of humanistic perspectives. For a full list of Cleveland Humanities Festival events, visit chf.case.edu. 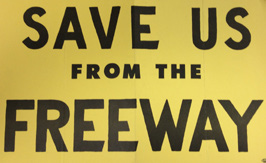 Common Cleveland folklore points to the East Side as disadvantaged due to a lack of convenient freeway access. But would shaving a few minutes from the daily commute be worth the cost of the Cedar Lee and Larchmere districts, Buckeye neighborhoods, historic homes, and the beloved Shaker Lakes? Revisit the dramatic defeat of the East Side freeways in the 1960s as Mayor Carl Stokes struggled to govern a hollowing-out city and a fierce grassroots campaign to preserve the Shaker Lakes. A discussion with the film’s director will follow the screening. 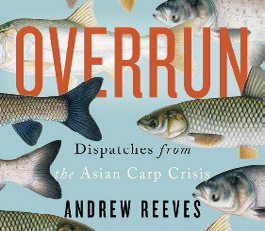 The Asian Carp Crisis and the Great Lakes

In labs across the country and from the Louisiana bayous to the Illinois River and the streets of Chicago, an all-out war is taking place to halt the advancement of the invasive Asian carp into the Great Lakes. Andrew Reeves, author of Overrun: Dispatches from the Asian Carp Crisis and ideastream’s Mike McIntyre discuss the research, the resources, and the radical scientific and political shift that is needed to protect the Great Lakes and to restore our degraded rivers, streams, and waterways. 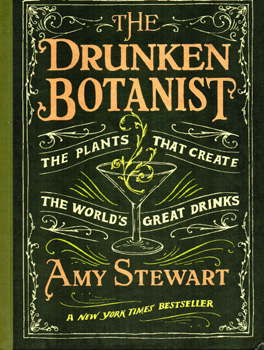 Nature in Your Glass: The Drunken Botanist

Sake began with a grain of rice. Scotch emerged from barley, tequila from agave, rum from sugarcane, bourbon from corn. Thirsty yet? In The Drunken Botanist, Amy Stewart explores the dizzying array of herbs, flowers, trees, fruits, and fungi that humans have, through ingenuity, inspiration, and sheer desperation, contrived to transform into alcohol over the centuries. Of all the extraordinary and obscure plants that have been fermented and distilled, a few are dangerous, some are downright bizarre, and one is as ancient as dinosaurs—but each represents a unique cultural contribution to our global drinking traditions and our history. This fascinating concoction of biology, chemistry, history, etymology, and mixology—with more than 50 drink recipes and growing tips for gardeners—will make you the most popular guest at any cocktail party. Take a nature walk along the top shelf with author Amy Stewart and local enthusiasts of all that is the best in brews, spirits, and craft cocktails.