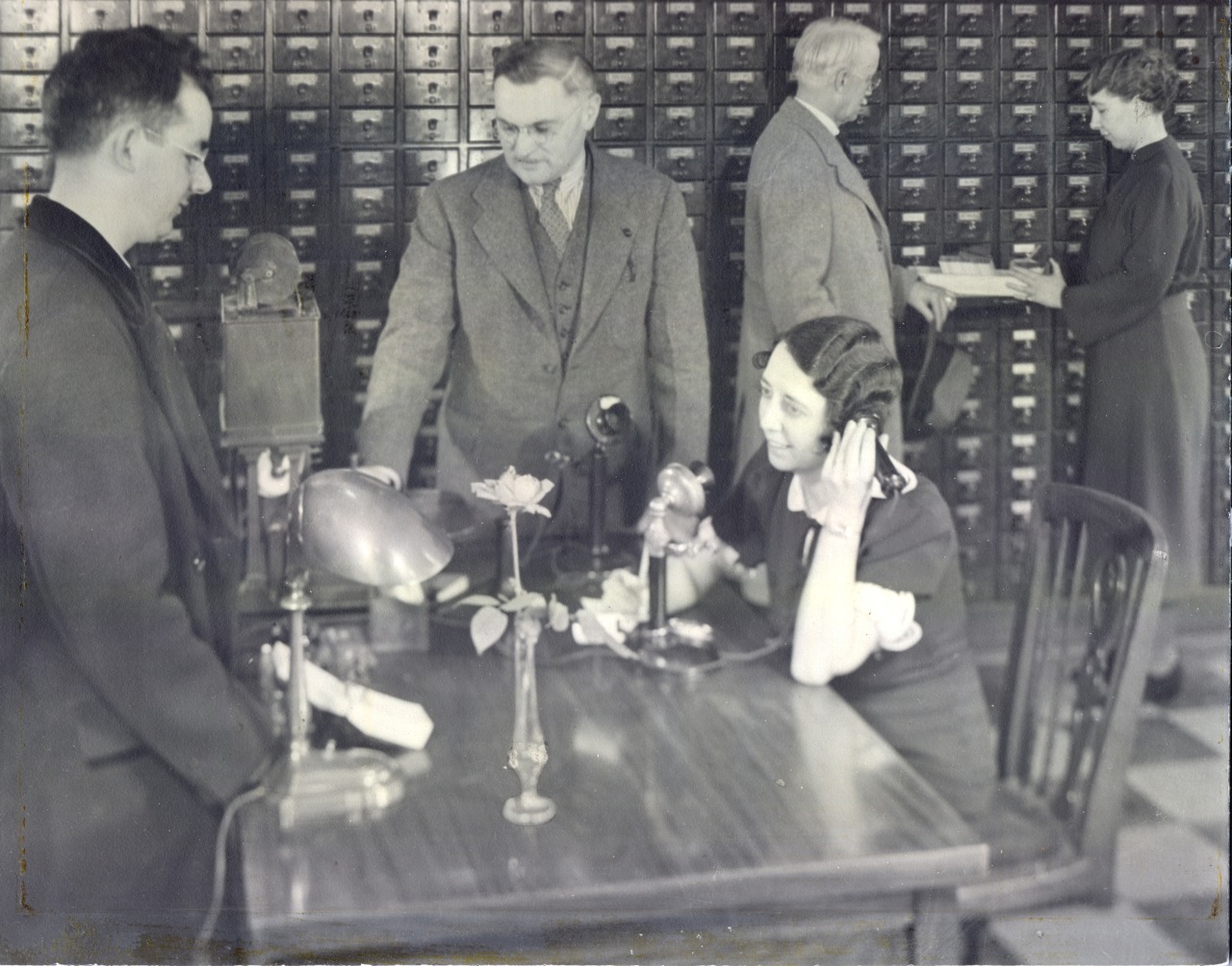 If you ever find yourself feeling nostalgic for the card catalog system, you’re not alone. Patrons who come across one of our old card catalogs (such as in Special Collections or in the Literature Department) love to reminisce about the old days when one had to physically flip through cards to find a book. (Patrons sometimes ask if they can buy our card catalogs, but sorry! They’re not for sale.)

Let’s take a look at our card catalogue history at Cleveland Public Library. First, this photo from the mid-1920s shows several patrons finding books with the use of the card catalog. Our patrons sure were fashionable—look at that awesome coat with the fur cuffs and collar! Not to mention the dashing gentleman with his hat. Also note the random vase on top of the card catalog:

The next photograph represents one of Cleveland Public Library’s numerous school libraries. This photo is from the Hazeldell Elementary School Library, taken in 1953: 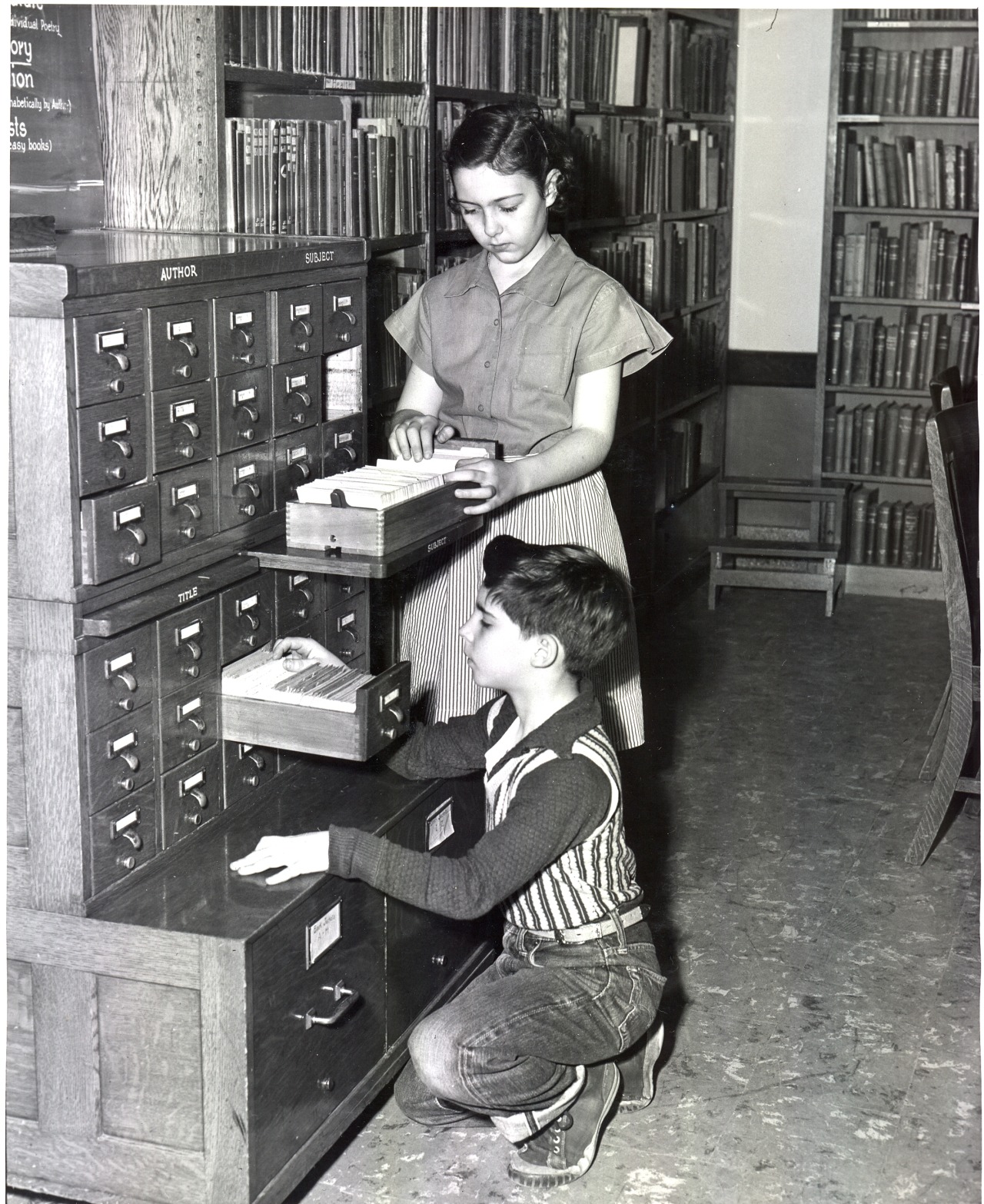 The Public Catalog room was located just inside the front entrance to the Main Library. The photo below, taken in 1955, helps to give a sense of the scale of the room: 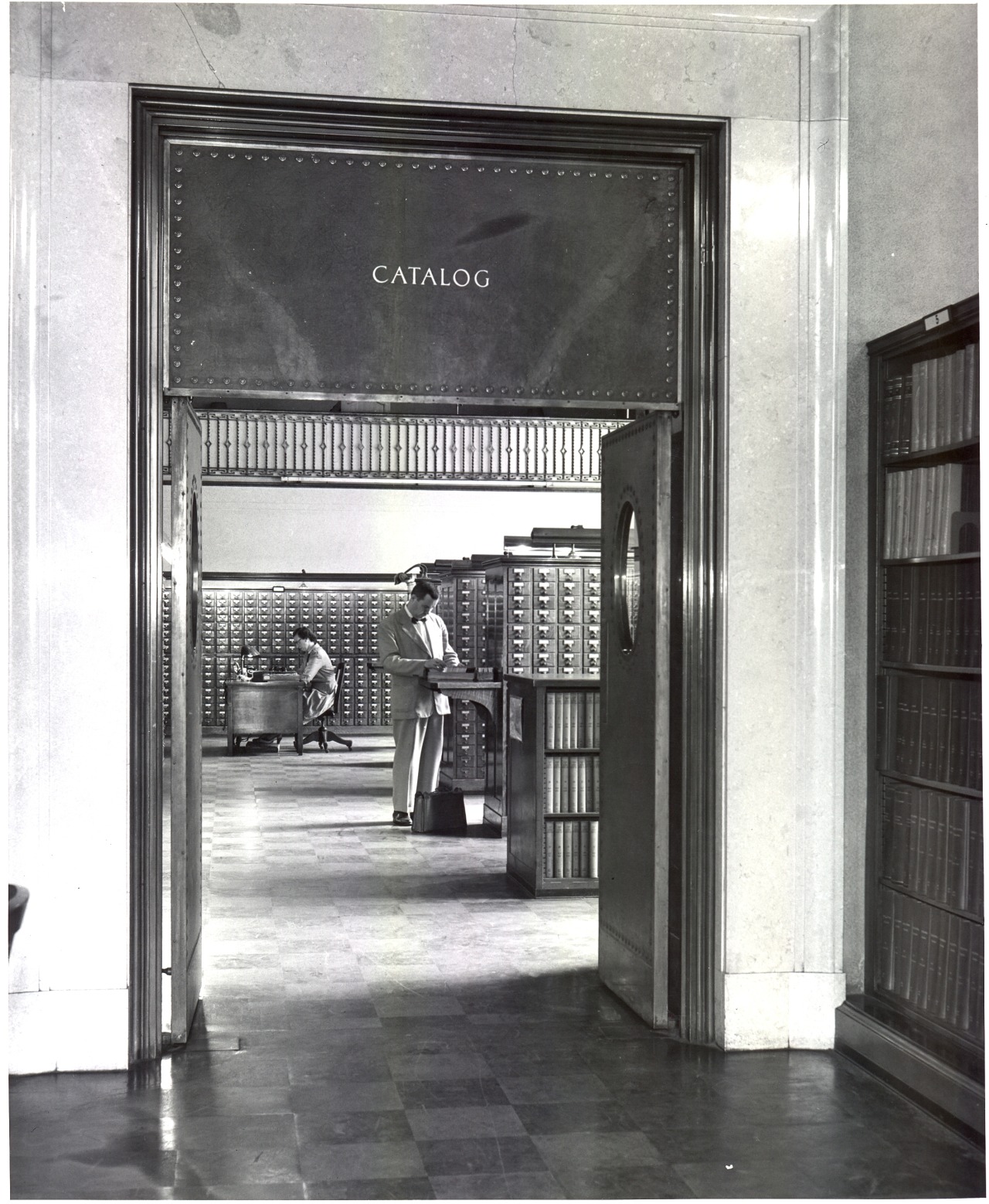 Miss Helen Seyfried, a principal clerk from the Catalog Department, practices for the rolling library desk races. But seriously, we want to know where you get a rolling desk like that! 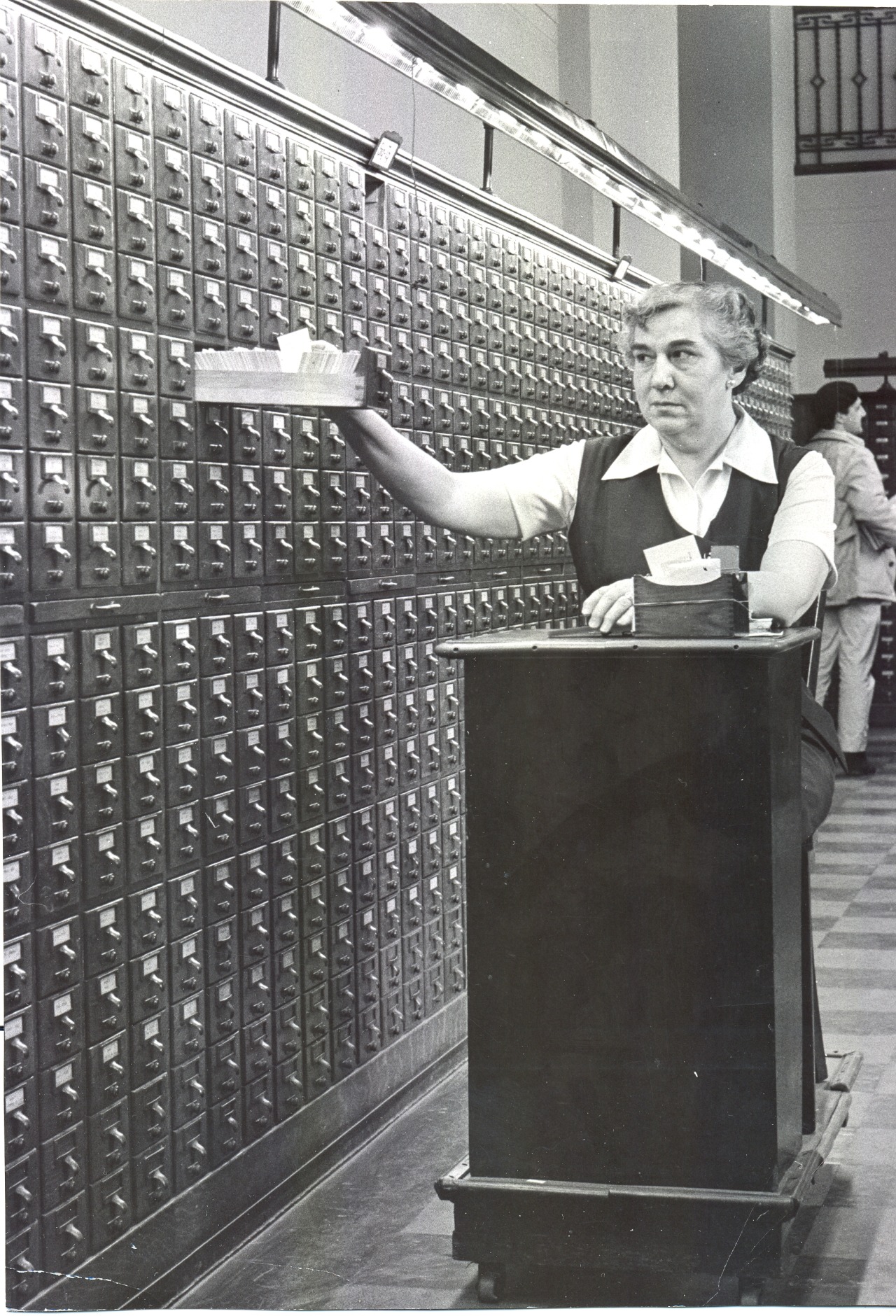 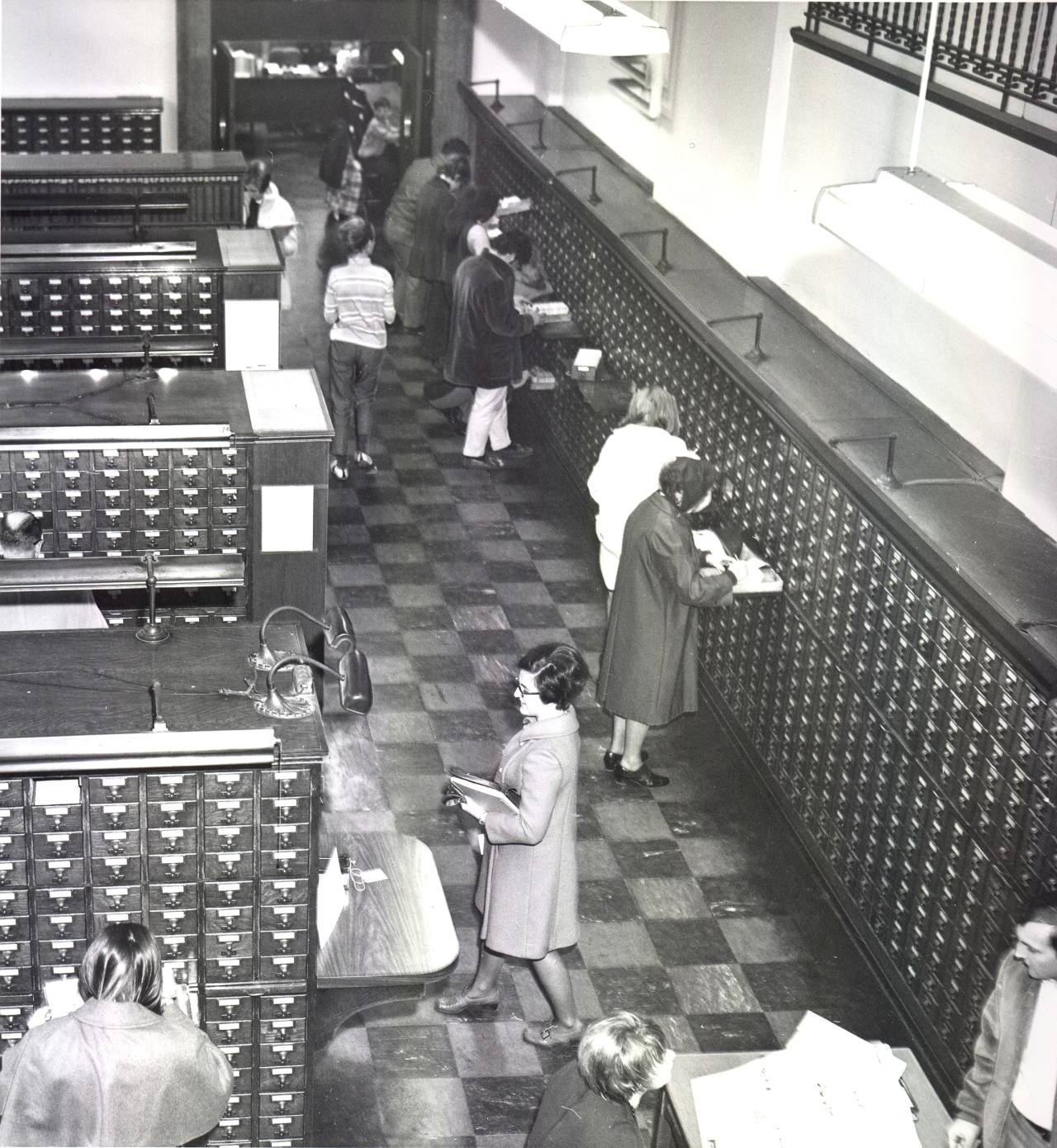 Here’s an example of multi-tasking in the Catalog Department, 1969. There are three—count them—three telephones on the Service Desk. Note the cat-eye glasses on the lady on the left, and the caped coat on the lady searching the catalog drawers on the middle right. Fashion at its highest. 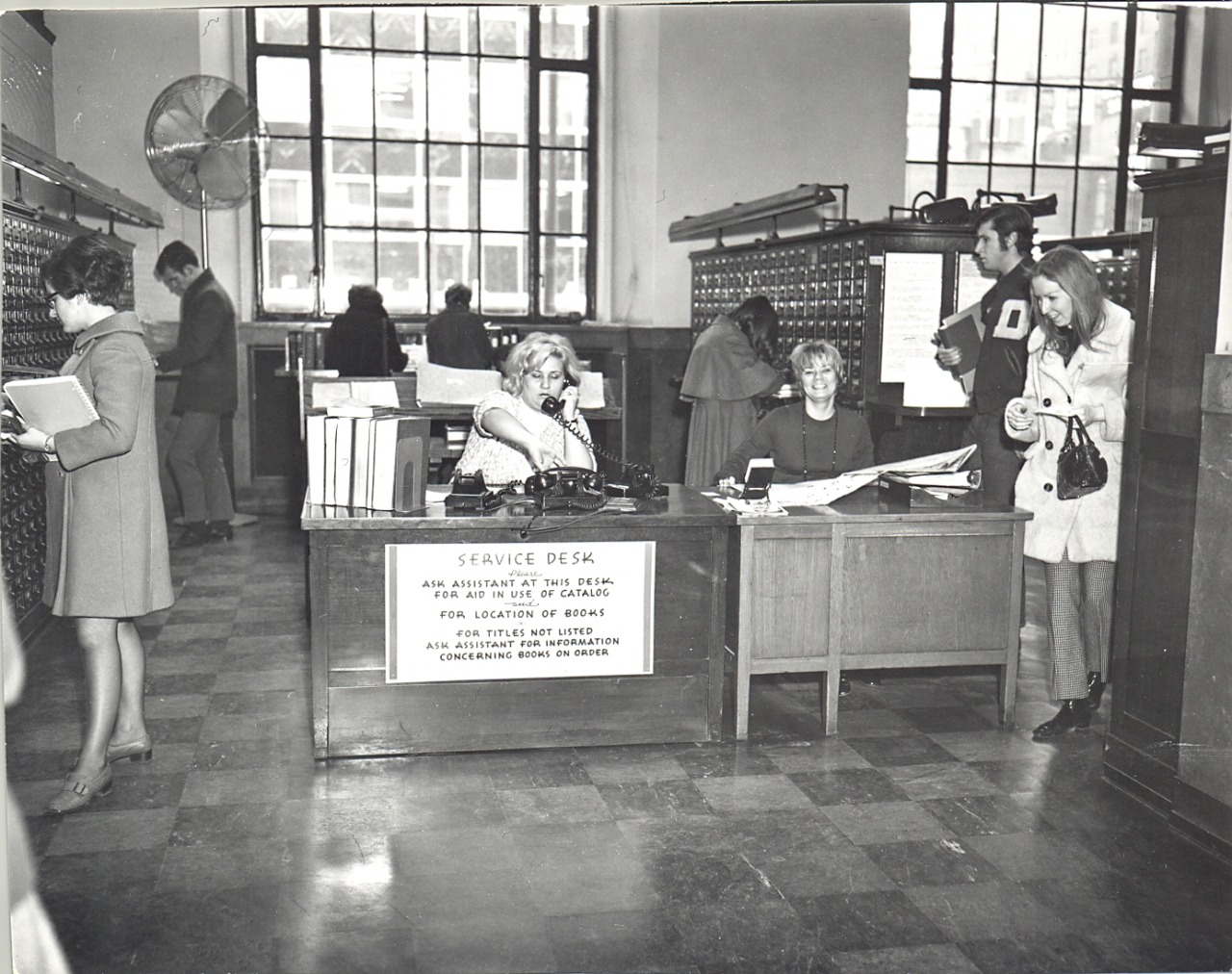 Here’s another overhead shot of the Catalog Department, this time of the Workroom area, taken in 1973. How many unshelved card drawers can you count in this photo? 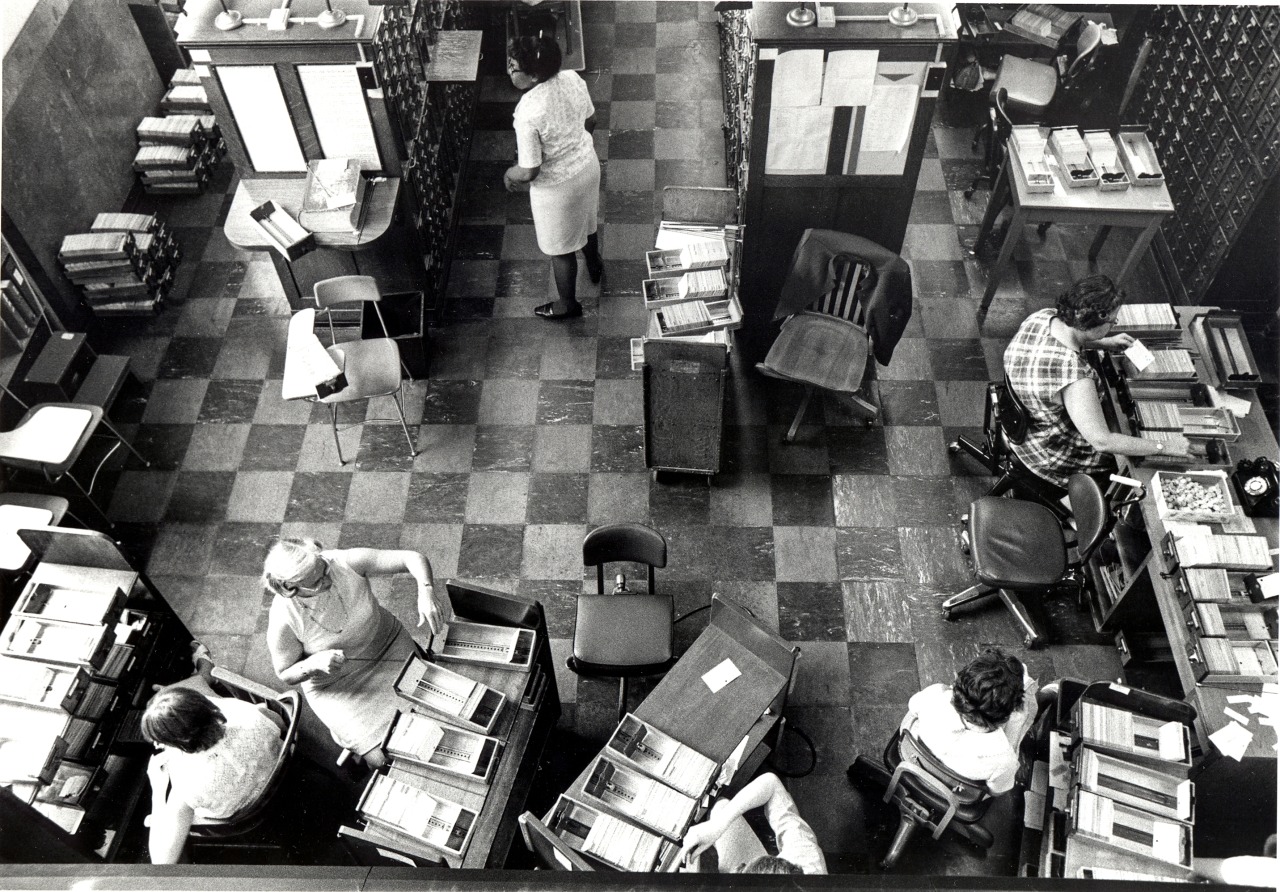 Next, we have another shot of the Service Desk/Workroom area, also from 1973. In the left foreground, you’ll see another one of those rolling desks! 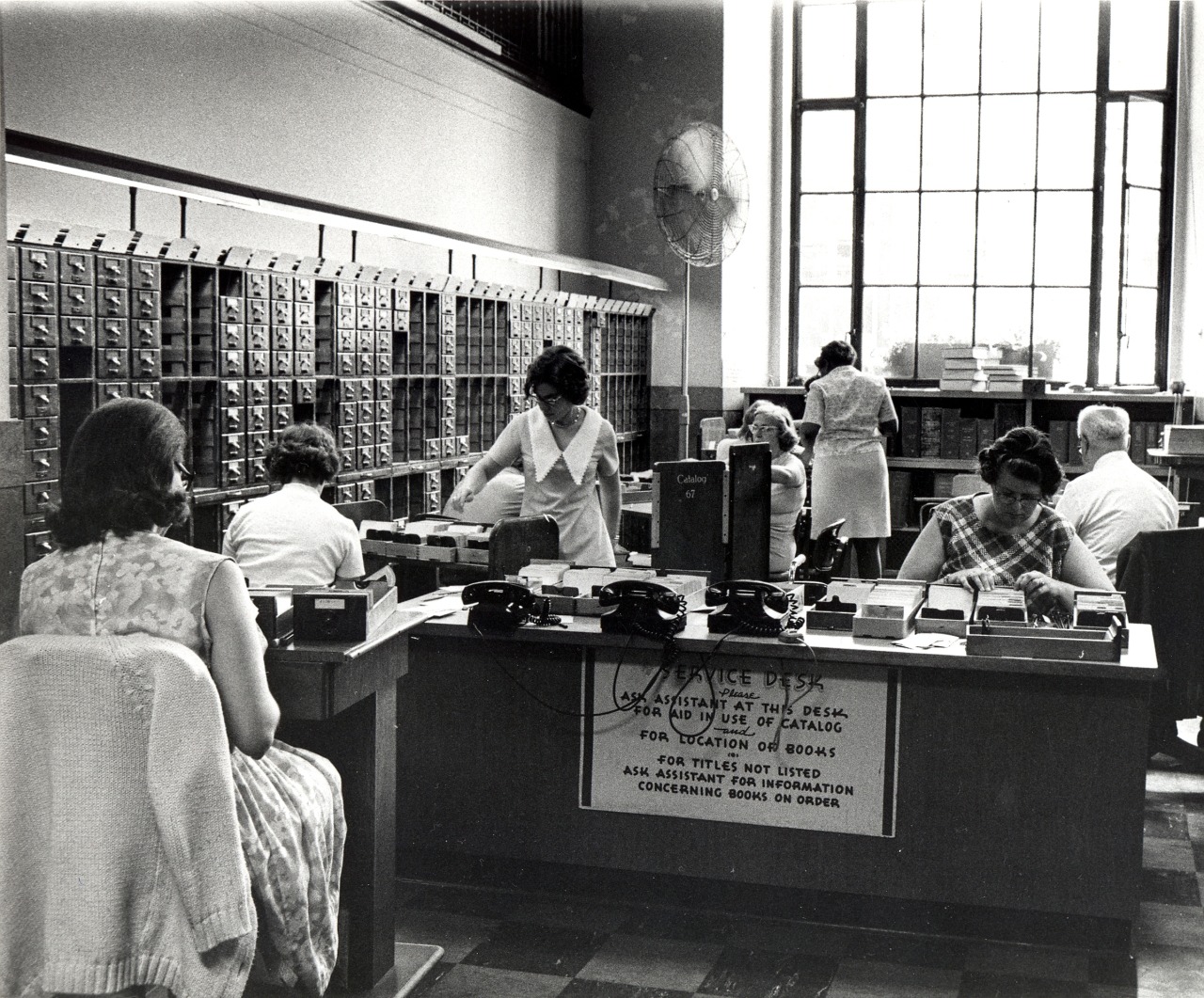 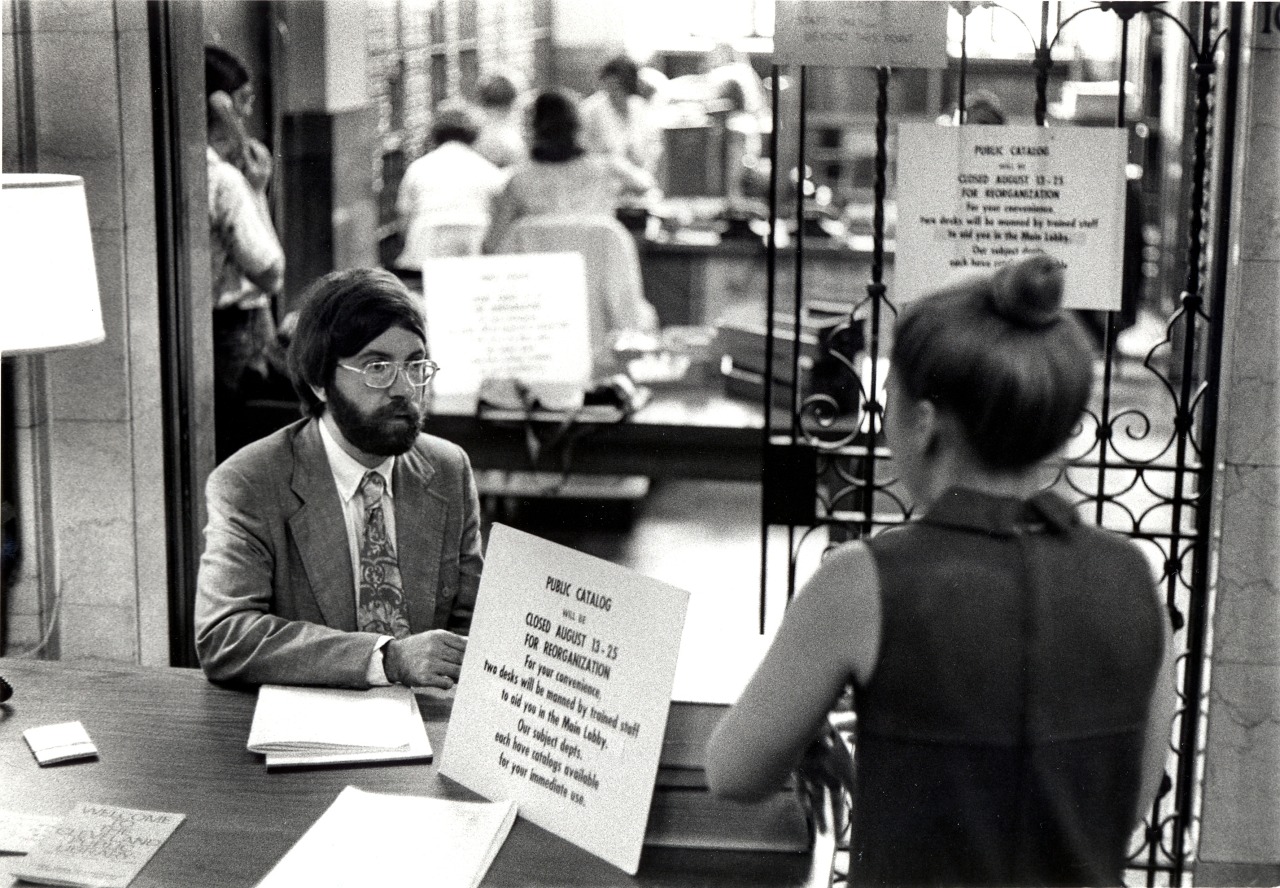