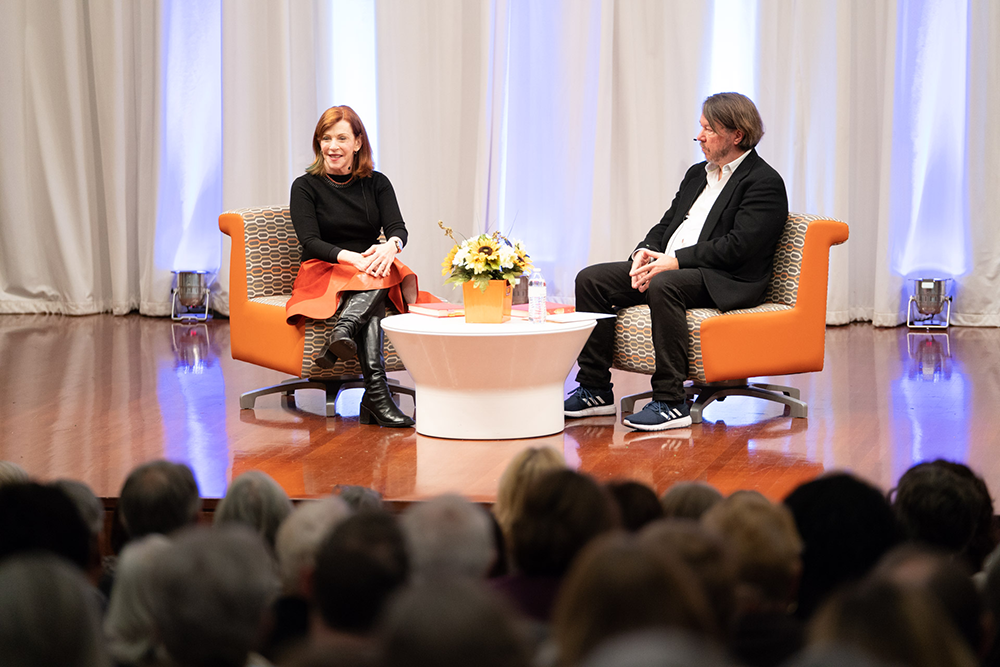 It all started with a library book that smelled of fire. When author and New Yorker staff writer Susan Orlean toured the Los Angeles Public Library after moving to the city, her tour guide pulled a book from the shelf, inhaled deeply, and said, “You can still smell the smoke in some of them.”

He was referring to the catastrophic fire that ravaged the library in 1986, a fire that burned more than 400,000 books and damaged another 700,000. Orlean, who had no previous knowledge of the fire, was fascinated. And while she didn’t know it quite yet, she had stumbled upon the topic of her next book.

“The thought of a library burning is disturbing,” Orlean told the audience at Cleveland Public Library’s November 10 Writers & Readers event, where she appeared in conversation with Cleveland author Christopher Johnston. “The idea of books burning is so elemental and so awful. I can’t even throw a book away when it’s completely falling apart.”

Even so, she would come to burn a book of her own—for research purposes, that is. As she learned more about the fire that consumed the Los Angeles Public Library on April 29, 1986 (a story that was buried in the news cycle because the Chernobyl disaster took top billing that week), Orlean knew she’d have to dig deep. She spent years researching arson, libraries, and the history of the Los Angeles Public Library, a process that entailed interviewing scores of librarians, employees, patrons, firefighters, the suspected arsonist’s family, and others as she investigated what exactly happened on that April day in 1986.

And yes, she burned a book—Fahrenheit 451, as suggested by her husband after she agonized over what book she could possibly bring herself to burn. She did it all in the name of telling the story of not only this particular library fire, but why libraries hold such a special place in our lives and the larger culture.

A Library Is Eternal 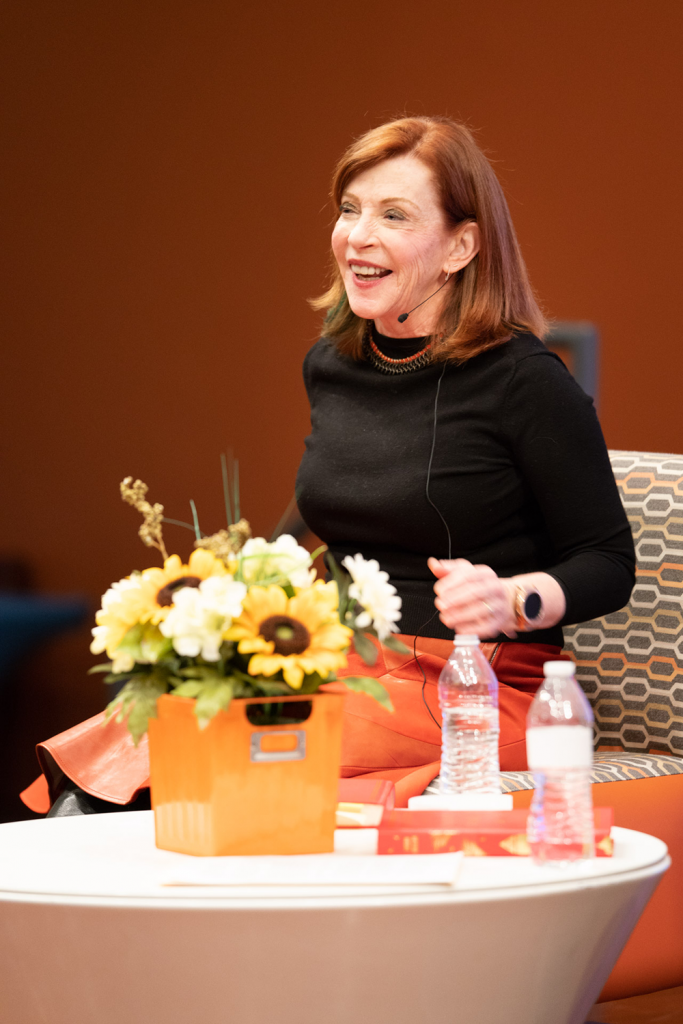 “Libraries are just pulsing with stories,” Orlean said, referencing not just the books on the shelves, but the stories of all the librarians, staff, and patrons who walked the halls and explored the stacks. “The experience of being in a library is so resonate and emotional. I couldn’t get it out of my head.”

That emotional connection to libraries is a big part of what drove Orlean to write The Library Book.

“Libraries replicate what is inside us. We’re individually [our own] libraries, and also collectively as a culture,” she explained. “A library is eternal. In that sense, libraries save us forever in a way we can’t ever be immortal [on our own].”

Orlean, who grew up in Cleveland and regularly visited the Bertram Woods branch of the Shaker Heights Public Library as a child, credits her upbringing with helping prepare her for the writer’s life.

“Growing up in a diverse community made me want to know people who weren’t just me,” she said. “For a writer, that’s an essential quality. I honestly can’t imagine a better place to grow up for a writer.”

Finally, in addition to discussing The Library Book and her love of libraries, Orlean also offered some insight into her writing and research process. She encouraged aspiring writers to embrace their curiosity and to tell the stories that have not yet been told.

“As a journalist, I’m a believer in being out in the world and looking for stories that don’t get seen,” she said. “Take something familiar and look hard at it. Tell the story of a world you didn’t know existed. Get out of your comfortable world and explore the world around you, and go into it without expectation.”