Branch Repairs Completed by Close of 2018 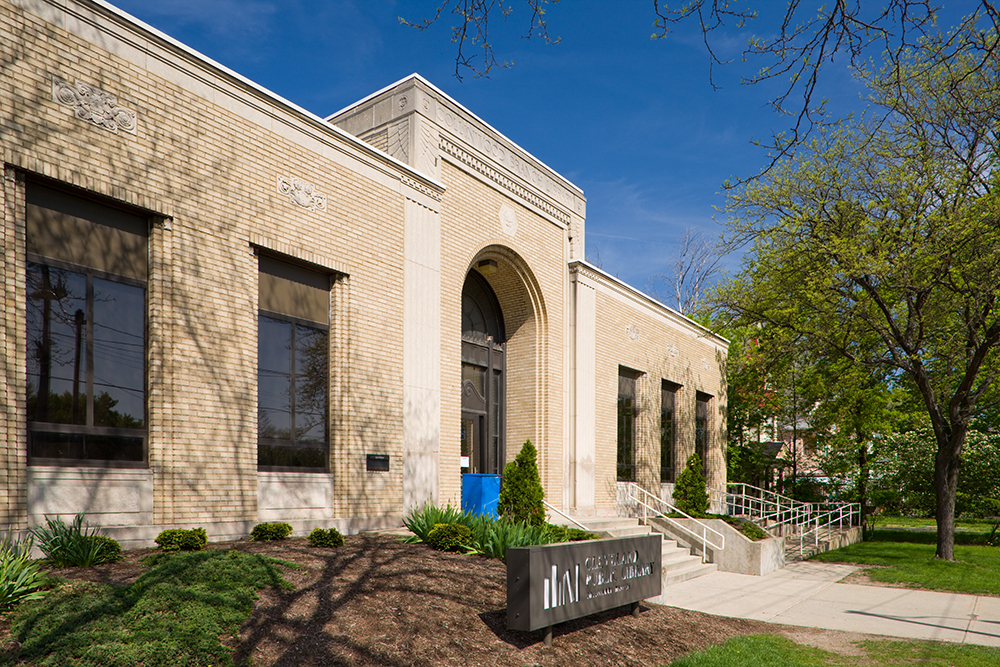 In 2018, Cleveland Public Library initiated a comprehensive, multiyear capital project to improve and update its branch libraries throughout the city. The first phase of this project—making critical maintenance repairs to nine branch libraries—wrapped up just in time for the new year.

According to Eric Herman, Capital Projects Manager, this first phase focused on the often invisible yet necessary maintenance that older buildings require, such as electrical, plumbing, and roofing work. The buildings were also brought up to code for ADA requirements to ensure restrooms, entrances, and all library facilities are accessible.

“The work we did this year will allow these branch libraries to remain in service in the coming decades,” Herman explained. “It’s true that many of the changes weren’t noticeable on sight once the buildings reopened, but the work was essential. This project helps ensure the health and survival of these older buildings so we can continue serving our communities for years to come.”

While repairs were in progress, each of the nine libraries closed to the public for a period ranging from several weeks to a few months. Patrons were directed to nearby branches until the maintenance work was completed, and staff were temporarily reassigned to other libraries within the system. As branches reopened to the public, staff hosted community welcome-back receptions featuring cake, refreshments, and entertainment to thank patrons for their patience and support.

“I would like to thank the patrons of the Detroit-Shoreway neighborhood for their patience while the branch was closed,” Tancak says. “We were happy to be welcomed back by our loyal patrons and continue to strive to provide great service to them.”

Jaime Declet, Branch Manager at Jefferson, adds that patrons were largely understanding about the need to close the branch for repairs. Even so, Jefferson’s reopening was a cause for celebration. “We were quite happy to have our building back,” he says. “After all, patrons don’t truly feel at home anywhere but home, in their neighborhood library.”

The repair work completed in 2018 signals the beginning of more exciting changes that are still on the horizon. In the years to come, Cleveland Public Library will embark on the process of re-envisioning its neighborhood libraries. It all starts in 2019, when the Library reveals its ten-year Master Facilities Plan, which will spell out future plans to reimagine all branch libraries throughout the system. The scope of these upgrades will be more extensive and visible than the repair work made in 2018, with the aim to transform the Library’s branches to better meet emerging service patterns and needs.

“This is just the beginning,” said Felton Thomas, Jr., Executive Director and CEO of Cleveland Public Library. “When the public renewed and increased our levy in 2017, they allowed us to reimagine our branch libraries and craft a vision to upgrade and improve our facilities. We are grateful for that support, and we look forward to sharing our vision for strong neighborhood libraries in the years to come.”