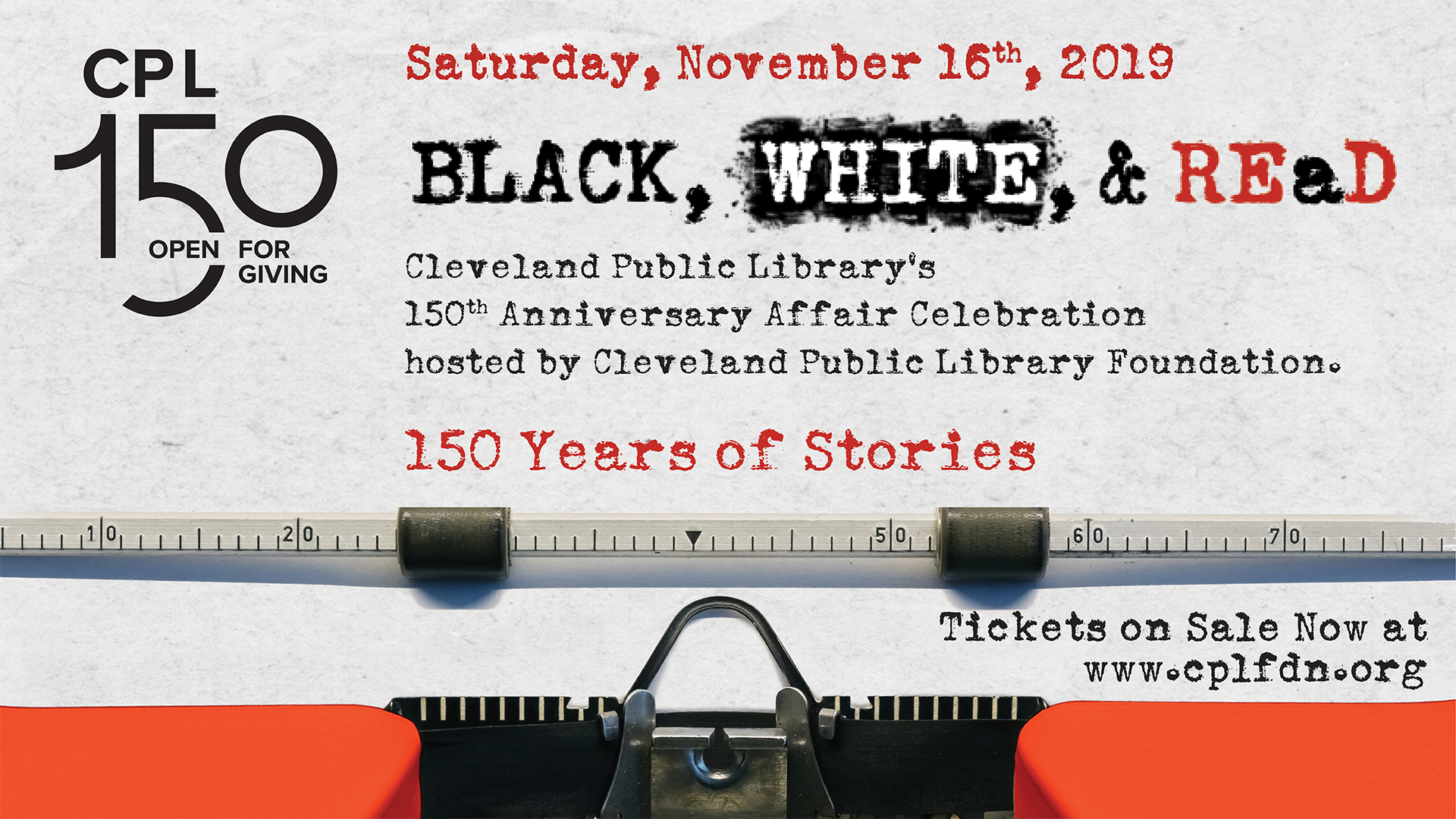 Attendees will feast on literary-themed food and cocktails while they stroll through different parts of the Main Library’s unique finds and interactive technology. Our Special Collections highlight the Library’s greatest treasures such as the world’s largest collection about the game of chess and miniature books. Celebrants will get to turn ideas into reality in TechCentral, view our illustrious city through photos, documents, and interactive media in our Cleveland Digital Public Library, and peruse historic Brett Hall, where the current exhibit “The World of Puppets: From Stage to Screen” is now on display. The Anniversary Affair is a place to meet new friends and dance to the sounds of the Mike Petrone Band and other Cleveland favorites. Complimentary valet parking will be provided.

Tickets are on sale now for “Black, White and REaD” celebrating 150 years of stories. General admission is $150. VIP tickets and sponsorship opportunities are also available. The VIP experience includes a special cocktail reception in the Cleveland Digital Public Library and a special invitation to a preview night of our upcoming Cleveland 20/20 exhibit.

For tickets and more information about the anniversary affair, visit https://cplfdn.org/cpl-anniversary-affair/. To learn more about the sponsorship opportunities please contact the Foundation office at (216) 623-2821 or email foundation@cpl.org.

The Cleveland Public Library Foundation exists to raise philanthropic support for Cleveland Public Library. The Foundation allows the Library to do more for the people of this community given the work outside the scope of traditional library services is not funded by the state and local tax dollars received by the Library. Please consider a gift to support one of Cleveland’s most valued community assets.