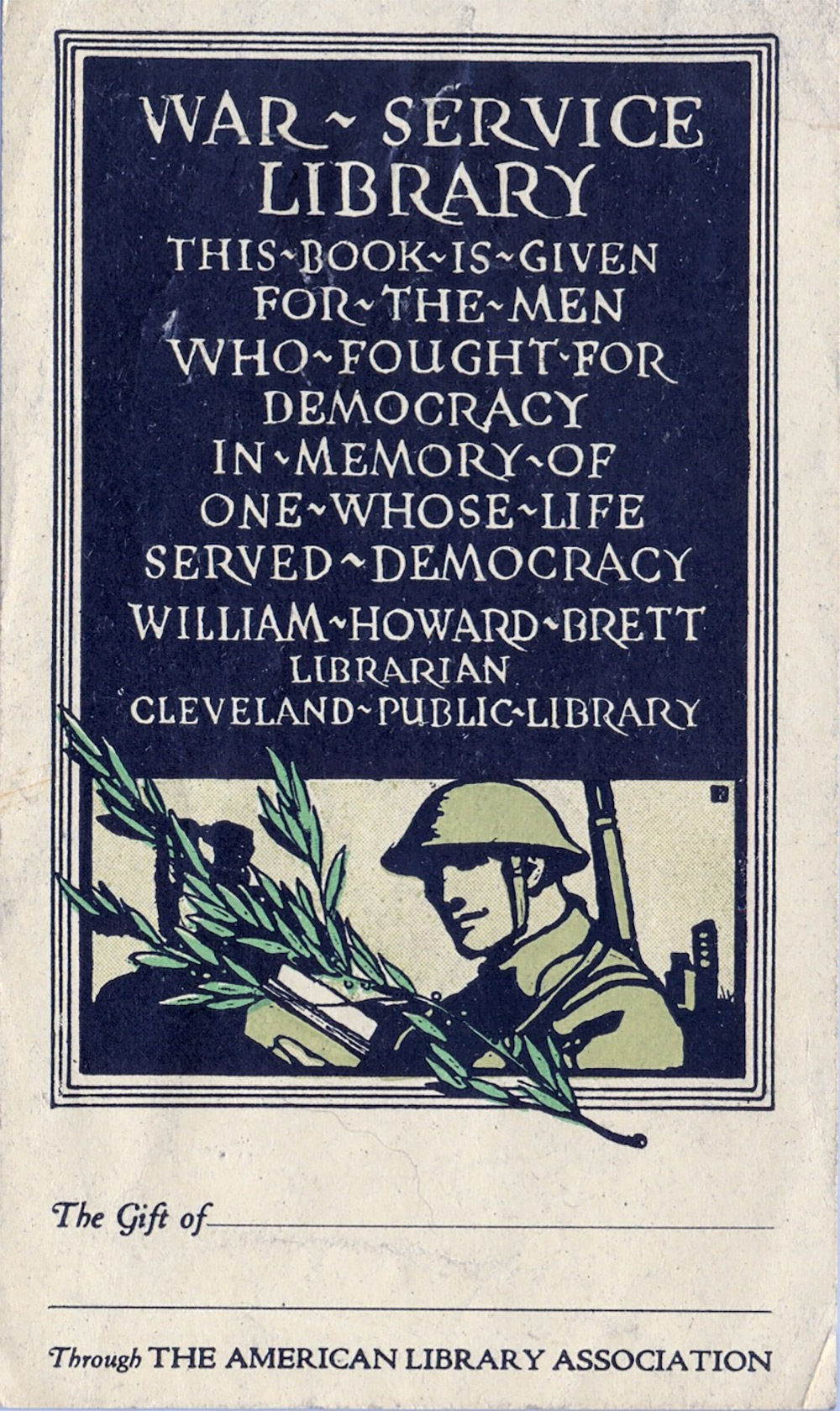 Cleveland Public Library’s motto of “Books, Information, Service” was particularly fitting as the Library was very much engaged in the war effort over the years, providing books to our service members and even sending library staff to serve overseas. During WWI, the United States government asked the American Library Association to set up libraries for troops in 32 military camps. The Cleveland Public Library held fundraising drives for these war service libraries.

Besides his duties as director of CPL, William Howard Brett served on the Finance Committee of the ALA War Service. He also served as the dispatch agent at Newport News, Virginia, overseeing the shipment of books to troops overseas. This bookplate, designed by the New York artist, Mr. C.B. Falls , was a memorial to William H. Brett after his death in August 1918. At the time of his death, the suggestion was made that instead of flowers, Brett would have preferred contributions to purchase books to be given to soldiers. 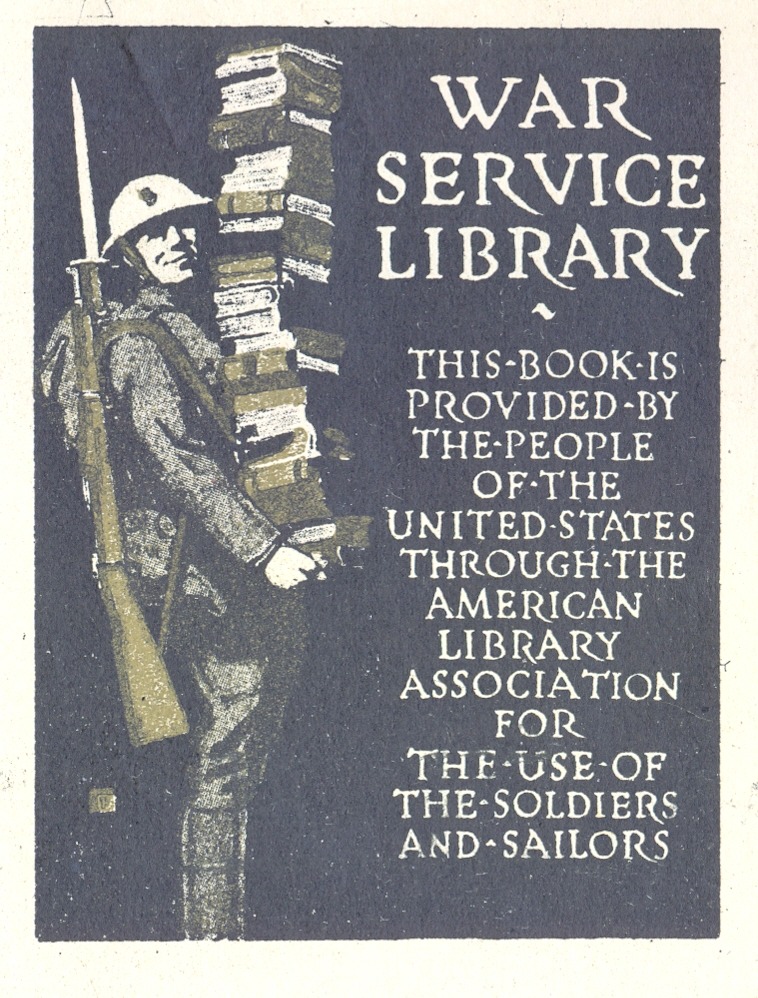 Annie Cutter was a CPL staff member assigned to a camp library at St. Aignan-Noyer, 70 miles southwest of Paris during the war. Ms. Cutter wrote “He (Brett) would be gratified by the number of Cleveland books which come in all the boxes shipped to us. They far outstrip those from any other city.” (The Open Shelf, April 1919)

Every professionally trained person in the library was in turn loaned to serve as Librarian at Camp Sherman, near Chillicothe. Service there lasted from five weeks to several months. Carl Vitz, Vice-Librarian, and Gordon Thayer, head of the White Collection, both served at Camp Sherman. Some librarians were sent further away, and even overseas. Marilla Freeman, a Librarian at Cleveland Public Library and pictured at the far right in the above photo, served as hospital librarian at the Red Cross Convalescent House at Camp Dix, New Jersey. Another CPL librarian, Louise Prouty, served in France and Germany. 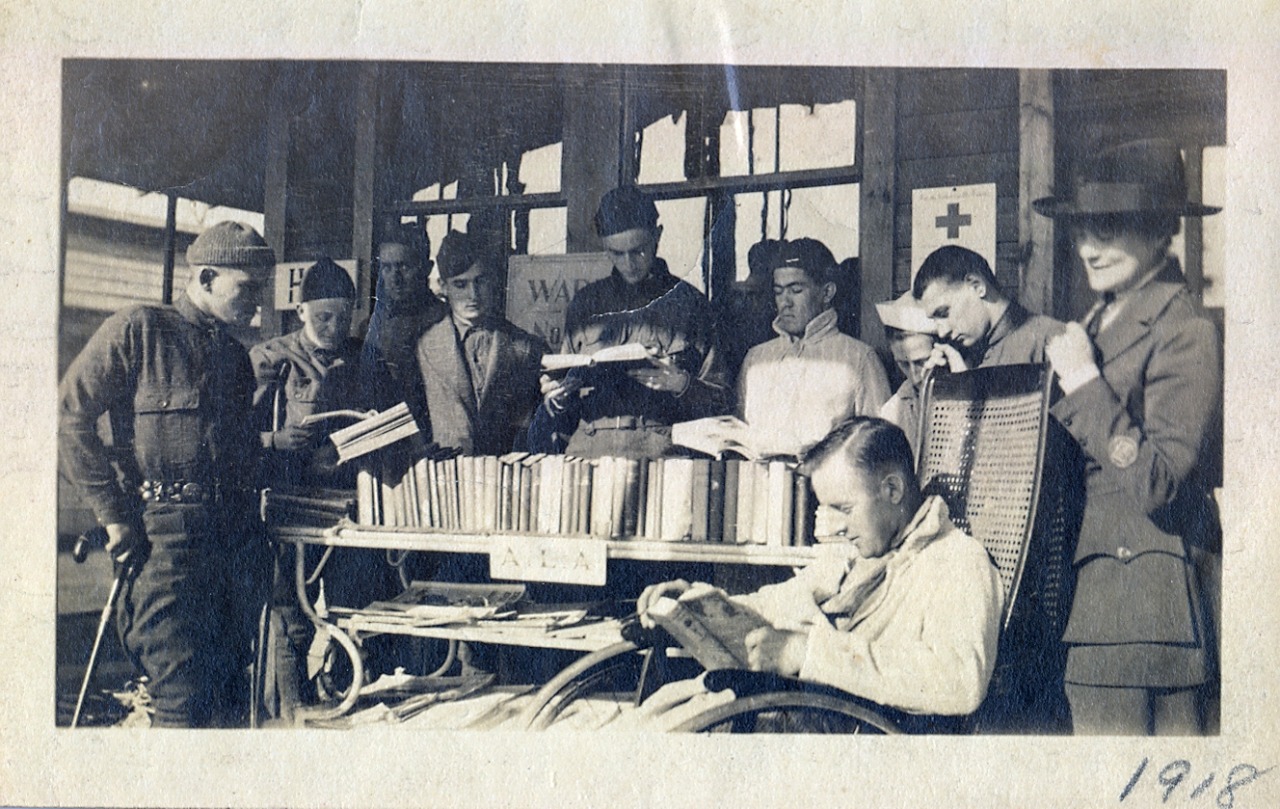