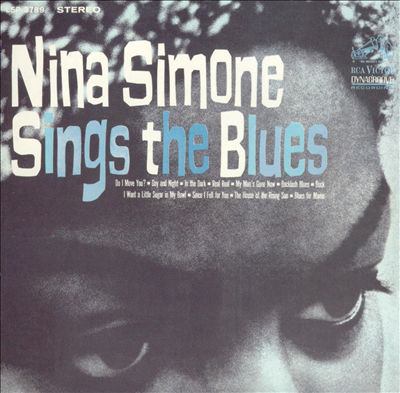 Nina Simone is a 2018 Rock Hall of Fame Inductee. She made a name for herself around the clubs in Harlem and Greenwich Village as a pianist and vocalist. Her style was unique and hard to classify because she blended jazz, folk and show tunes with classical styling. Langston Hughes (1902-1967) became one of her mentors and introduced her to some of the preeminent African American artists and intellectuals of the era. Through Hughes, James Baldwin and Lorraine Hansberry became close friends of hers which in fact, affected her music. During this time Hughes became active with the Civil Rights Movement and influenced Simone’s music as well.

Langston Hughes had written songs throughout his career. He collaborated with musicians such as Kurt Weill and Duke Ellington. He wrote the poem Backlash Blues for Simone in 1967. It appeared in his last book of protest poems called The Panther and the Lash.  Nina Simone took Hughes’ words and put them to music to create the tune Backlash Blues.

The theme of the poem is the backlash against the strides made by African Americans and other oppressed people during the Civil Rights era. Hughes was expressing his feelings about the lack of fair opportunities for African Americans in education, employment and service in the Vietnam War.

“You raise my taxes, freeze my wages, and send my son to Vietnam!”  He used the word “back lash” as a reference to slavery and the physical lashing and whipping many African Americans slaves were subjected to. The song appears on Nina Simone’s album, Nina Sings the Blues and a stirring live rendition on Nuff Said.

Langston Hughes is one of the best known African American poets of the 20th century. The majority of his work centered on the lives of African Americans and the conditions that they lived in. His early formative years were spent in Cleveland with the support of the Jelliffe’s from Karuma House. He knew the importance of mentorship and supported the work of Nina Simone. During a performance at the Newport Jazz Festival in July 1967, Nina Simone paid homage to Hughes stating, “Keep him with you always. He was beautiful, a beautiful man, and he’s still with us of course.”