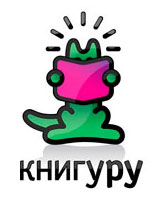 Cleveland Public Library congratulates the winners of the inaugural Kniguru in America contest, a competition encouraging youth to review Russian-language books. Nine children from across the United States were recognized as winners, including three Cleveland Public Library patrons who composed reviews based on books they borrowed from the Library’s collection.

Kniguru, a prestigious Russian book award for children’s literature, partnered with Cleveland Public Library in 2017 to bring the contest to the United States for the first time. Twenty-six children from New York, Boston, Cleveland, Virginia, and New Mexico participated in the contest.

“Kniguru in America provided a valuable experience for children. Reading and reviewing these books encouraged participants to embrace their Russian roots or to learn more about Russian language and culture,” says Victoria Kabo, International Languages Librarian at Cleveland Public Library and Kniguru in America juror. “We received many excellent submissions, and we look forward to partnering with Kniguru again next year.”

Winners were announced in three categories:

The jury especially recognized the Zasuchiny family of Cleveland for their participation in the contest. In total, Zasuchiny family members submitted four reviews (three individual and one collective) and received two awards. After the conclusion of the Kniguru contest, the Russian-American web portal Forum Daily: The Voice of Russian-Speaking America published an article in Russian about the Zasuchiny family. The article considers how to motivate children living in the United States to learn and preserve the Russian language.

Kniguru in America winners received award certificates and autographed books of the children’s authors who won the original book contest in Russia. Cleveland Public Library’s Graphics Department designed and printed all certificates for the contest.

Contest participants wrote reviews on the following books: The Violin of the Unknown Master and Near the Music by Nina Dashevskaya, The Time is Always Good by Andrei Zhvalevsky and Eugenia Pasternak, The Cat of Oblivion by Antonina Malysheva, Krivolapich by Stanislav Vostokov, Russian Captive of a French Cat by Igor Zhukov, and I Am 14 for Two Years Already by Irina Kostevich.

A second Kniguru in America competition will be held in 2018. To learn more about this contest and to view the jury members, please see “Kniguru Russian Literature Award Makes Its U.S. Debut.”