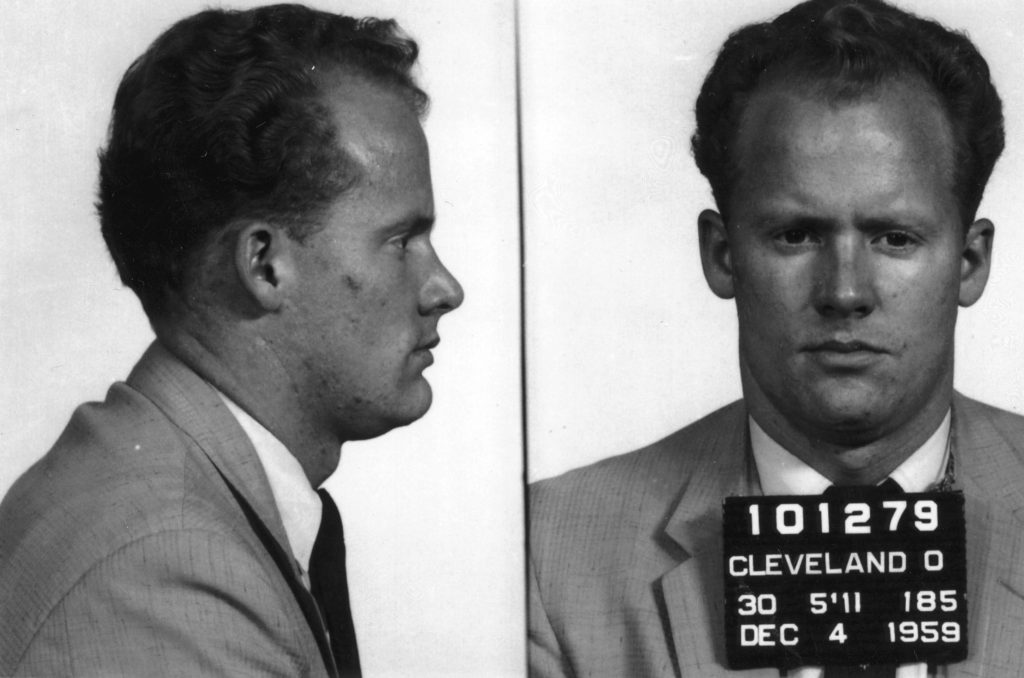 1959 mugshot photo of Danny Greene of the “Celtic Club”

In 1976, Cleveland was the most bombed city in the United States. The assassination and vandalism bombings that had been on the rise throughout the decade culminated in this particularly violent year—leading the national news to dub Cleveland “Bomb City, USA.”

According to a Plain Dealer article from this era, “Bombing Business Booming Here,” Cleveland’s national ranking in bomb crimes had skyrocketed since 1974. The main cause was a continued gang war between the Italian families and Danny Greene’s Celtic Club, a group of Irish-American gangsters. Car bombs were a preferred method of assassination because the evidence was often destroyed in the explosion, leaving police with no leads.

Although Greene allegedly contracted car bombings for years, the turf war escalated after the unexpected death of Cleveland mobster John Scalish in 1976. Scalish’s choice for a successor, James Licavoli (also known as “Jack White”), did not sit well with the Cleveland underworld. As a result, arms trafficker and drug peddler John Nardi fought for control of Cleveland. Greene allied himself with Nardi, helping take out a number of Licavoli’s followers and bloating the number of car bombings in Cleveland.

Throughout his criminal career, Greene had commissioned dozens of car bomb assassinations. Some of these bombings were carried out by Greene’s go-to bomb expert, Art Sneperger. According to Rick Porello, author of To Kill the Irishman, a book about Greene and the 1970s gang wars, Greene rewarded Sneperger if the bombs grabbed headlines: “Art got paid a bonus if the thing got on television or in the newspapers.” Sneperger died when he self-detonated on Halloween night, 1971, though some question whether Greene was involved in his death.

Bombings in Cleveland and Cuyahoga County became so common that the Bureau of Alcohol, Tobacco, and Firearms (ATF) created a headquarters in northeast Ohio and doubled their staff in the area. Although the ATF had an increased presence in Cleveland, the bombings slowed and eventually stopped following Greene’s death in 1977 and the dissolution of the Cleveland mob.

In May 1977, Nardi was killed by a car bomb in front of a union hall. Less than six months later, in October 1977, Greene was also killed by a car bomb at a Lyndhurst dentist office. With two of the biggest mob players out of the game, Licavoli was free to run Cleveland. But one of Greene’s assassins, Ray Ferritto, was arrested and exchanged information with the FBI, flipping on Licavoli.

Greene’s death and Ferritto’s evidence led to one of the biggest mafia trials of the century, the Mafia Commission Trial.This trial was a predecessor to the federal Racketeer Influenced and Corrupt Organizations Act (RICO) laws, which targeted some of the biggest crime families across the country. The ripple effect started in Cleveland, but it left numerous bombing victims in its wake.